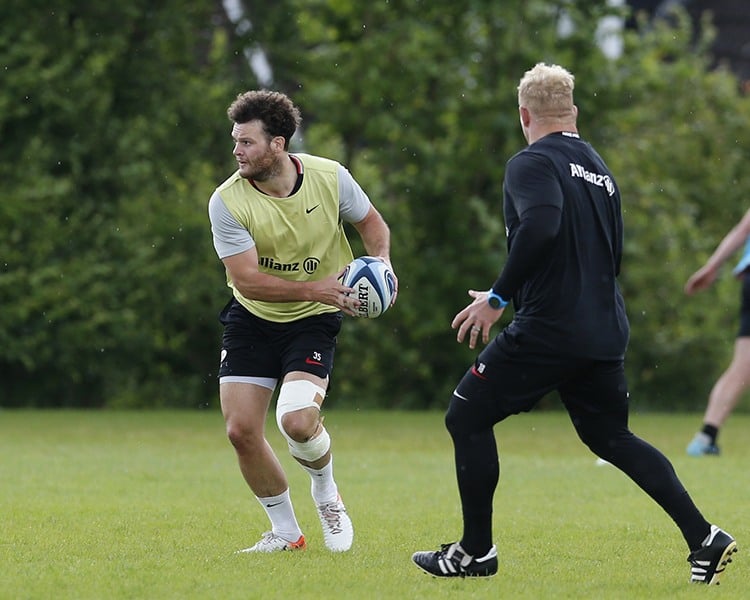 After being named in Scotland’s World Cup squad, Duncan Taylor will earn his 23rd cap in their final warm-up match before heading to Japan.

The Saracens centre will line-up at 13 when the Scots take on Georgia at Murrayfield on Friday night.

Taylor, who featured for Gregor Townsend’s side for the first time since 2017 in the August defeat against France, is one of two Saracens in Scotland’s 31-man party with winger Sean Maitland also on the plane.

The 2019 tournament will be Taylor’s first Rugby World Cup.

Townsend said: “We’ve been together since the middle of June and Friday night is our final chance this year to play in front of our supporters.

“It’s another opportunity for players to get valuable game time and build on what was a very good performance last weekend in Georgia. We are very aware that Georgia will be much improved after their first hit out of the season and they will know much more about how we play.”

He added: “It’s a boost to have Jonny back in side for the first time since last season and for others, like Tommy, Blade and Duncan, to have made a return to full fitness, following their recent injuries.”