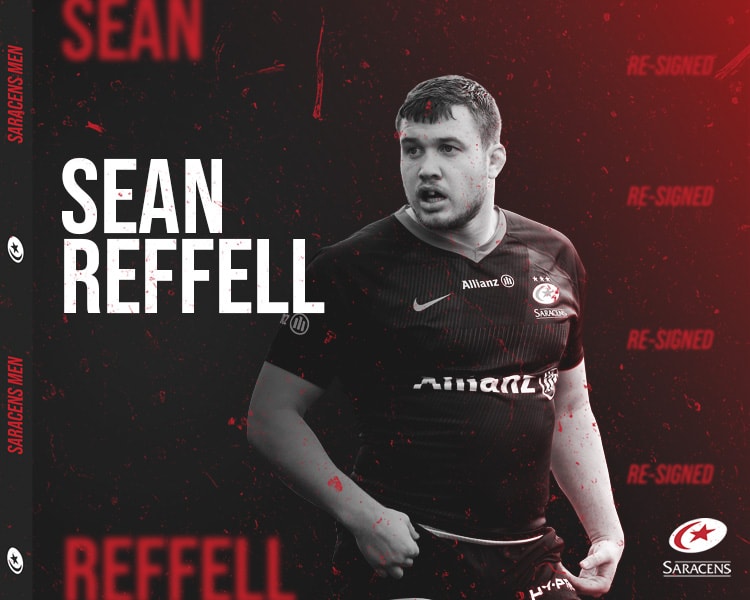 Saracens is thrilled to announce back row Sean Reffell is the latest young player to commit his future to the club.

The 21-year-old has signed a new deal to keep him in north London until 2022 and he will also make the step up from the Senior Academy to the first-team squad.

“I think this is the best place to develop as a player.”

Capped by England at Under-18 and Under-20 level, Reffell is another exciting product of the Academy who has shown great potential in his 19 appearances for Sarries to date.

Reffell has gained important experience this season, most notably making his first two Champions Cup appearances and starting in Premiership fixtures against Leicester Tigers and Wasps.

His performances in this season’s Premiership Rugby Cup saw him shortlisted for the breakthrough player award as Sarries reached the semi-final stage.

And Reffell insists he is looking forward to making progress at the club, who he believes boast the best possible environment for development.

“I’ve been here since the start of my career,” said Reffell. “Instantly as soon as I was offered a contract I was very pleased.

“I think this is the best place to develop as a player. The coaches are always on hand trying to mould you into a Saracens player and are always there to help you.

“It’s a great opportunity for us as a team to come together next year. Everyone wants to help each other and I want to be a part of a team in the future that does that.”

Director of Rugby Mark McCall said: “We’re delighted Sean has extended his time at the club.

“He has worked very hard to improve his game, and his performances when given the opportunity to play in the Premiership were hugely encouraging.

“We are excited to be able to help him continue to grow and make a real impact for Saracens.”