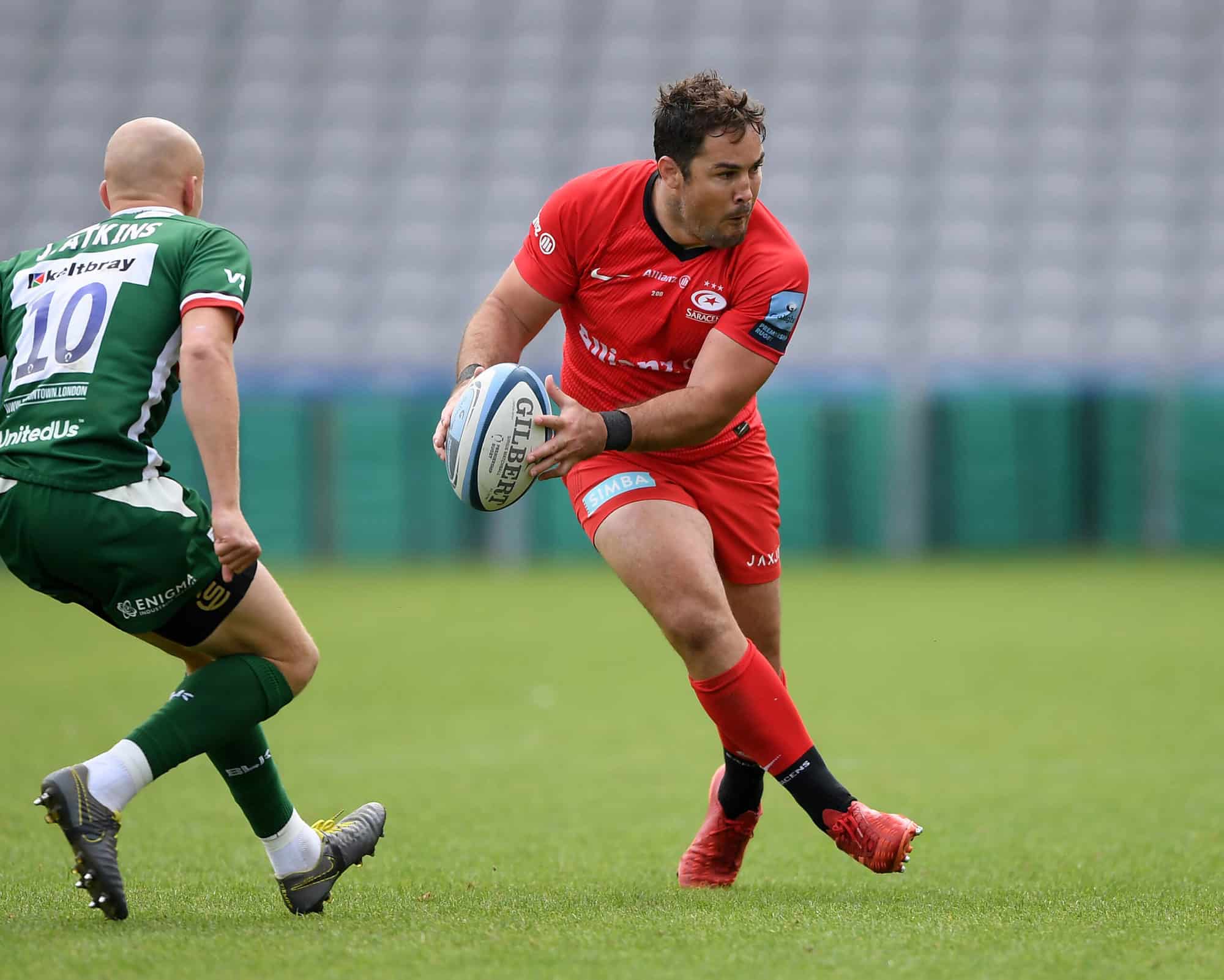 Saracens secured a bonus point before half-time against London Irish, however it was the second half that pleased captain Brad Barritt most.

The Sarries centre got himself on the scoresheet in the first period, adding to efforts from Jamie George (2) and Billy Vunipola.

Irish crossed twice themselves before being completely shutout after the interval, with the only points coming from two Richard Barrington scores and Manu Vunipola’s boot.

“We were actually a lot more impressed with our second-half performance compared to our first,” Barritt said.

“The second half was much closer to the Saracens we expect.”

“There were fundamentals of our game that weren’t quite right. We had a good chat about it at half-time and I thought the attitude and intensity in the second half was much closer to the Saracens we expect.”

He continued: “We’re a team that prides itself on doing the right thing at the right time and that first half we probably forced things a little bit too early.

“Then also on the defensive mindset we thought we weren’t quick enough to react and we felt Irish were beating us around the corner so we changed that and paid the rewards with the second half.”

Sarries have now won three Gallagher Premiership matches in a row and have three more league encounters before taking on Leinster in the Heineken Champions Cup quarter-final.

Barritt added: “We always knew this period was getting ourselves into the best position for the big game for us which is Leinster in a few weeks.

“We know there is still lots to work on and there were pleasing bits today. We are yet to marry up a full performance, but the telling signs are the squad is coming together nicely.”