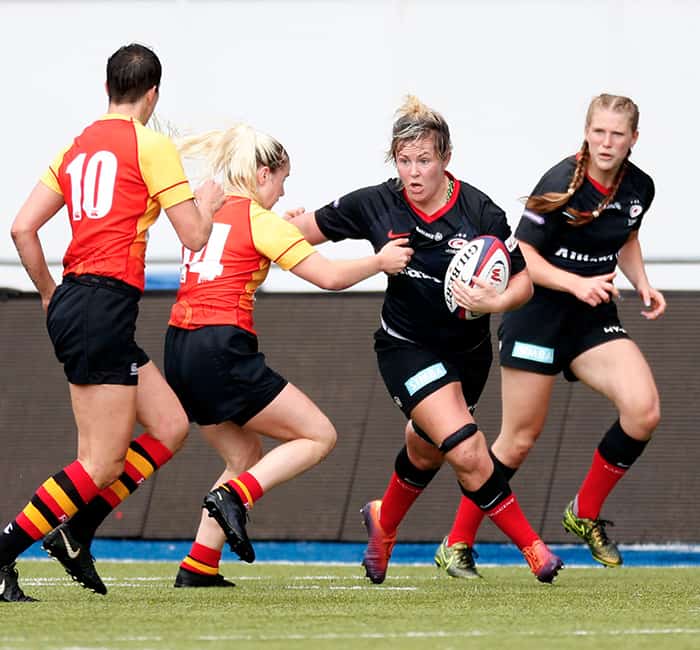 Bryony Cleall receives a full-time contract for the first-time while Hannah Botterman, Poppy Cleall, Vicky Fleetwood, Zoe Harrison, Sarah McKenna and Marlie Packer have been awarded with a full-time professional deal for the second season in a row.

Head Coach Simon Middleton said: “The quality of the players within the Tyrrells Premier 15s has meant the competition for contracts has and will continue to increase which will only be a positive as we continue our long-term build-up to the 2021 World Cup. The league keeps throwing up new talent.

“We looked at the squad before we went out to San Diego in the summer and knew some of the players who were going to be awarded contracts this season. We also looked at some players who we thought probably needed to make a statement in San Diego.

“Bryony Cleall was ruled out through injury but we believe she’s got the potential and the playing characteristics that can bring a point of difference to the group. We are giving her an opportunity but as with all the players, it’s now down to her to take it.

“We’re really pleased with the squad of 28 and we’ll continue to adapt and call on other players at any given time. The whole league is a pool for us.”