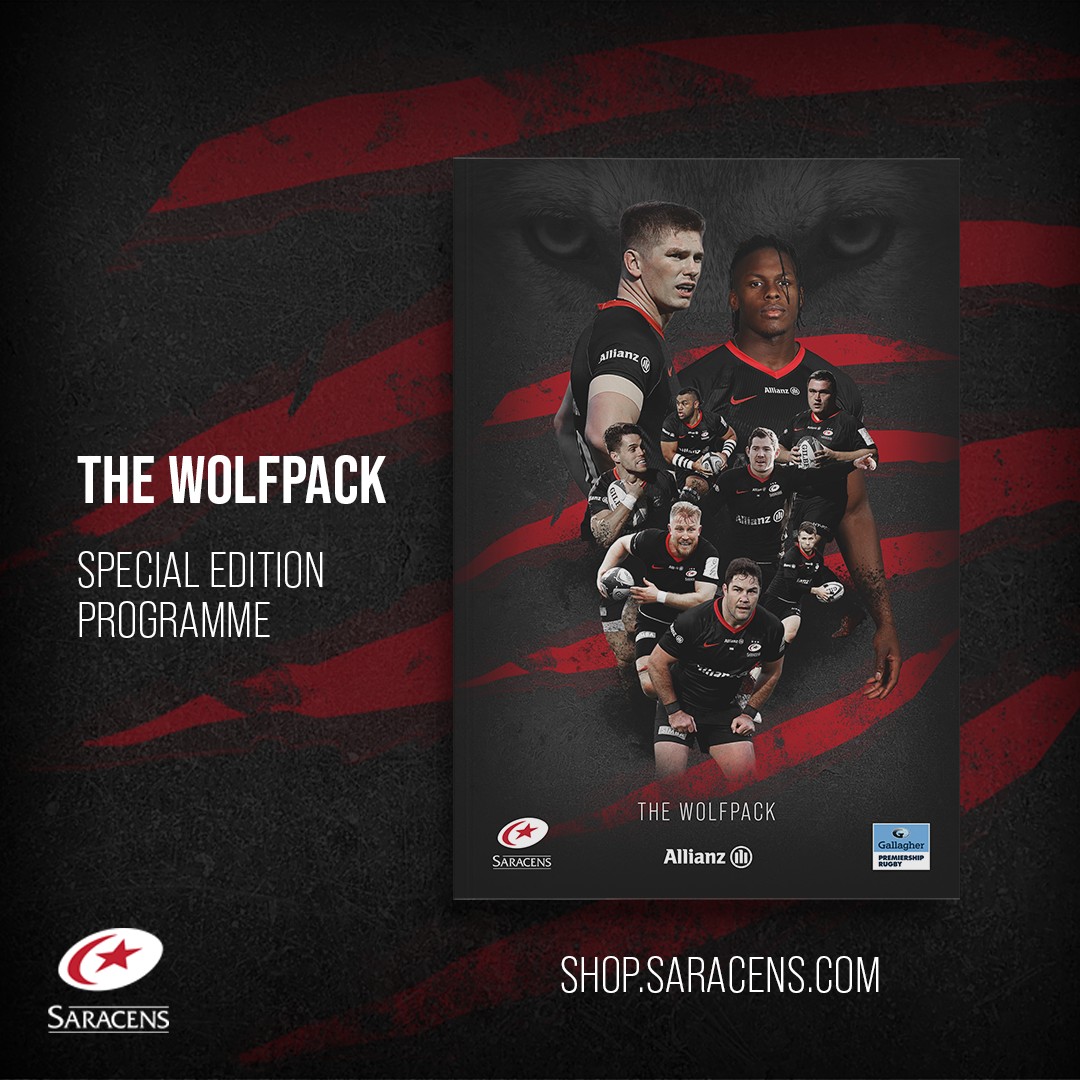 SIGNED SARACENS SHIRT UP FOR GRABS!

Get a copy of the club’s special edition programme, aptly named The Wolfpack, to be entered into a draw to win a signed Saracens shirt!

Get a copy The Wolfpack to be entered into a draw to win a signed Saracens shirt!

Supporters who have already purchased don’t fret as you too will automatically be in with a chance of winning the prize.

The 100-page issue contains lengthy features with a high number of your Sarries heroes including:

– Maro Itoje on starting rugby to make friends and his parents growing to love the game
– Brad Barritt reflects on his 12 years at Saracens
– Jamie George explains his rugby journey and how he became a Saracen
– Billy Vunipola talks about self-growth over the past six months
– Vincent Koch chats about going from silverware in winning the World Cup to babywear as he is expecting his first child
– Elliot Daly says what he got up to in lockdown and why staying at Saracens is a no brainer
– Alex Goode spills the beans on teammates past and present
– Aled Davies discusses his matchday routine and his love for pic n mix
– Qualified sports journalist Will Hooley blogs about the return of rugby and how he’s settled in north London
– George Kruis reveals how a cut on his knee extended his time at Sarries by… well 12 years!

There is also a look at the Championship clubs Sarries will be facing next season, quizzes for kids (and big kids!) and statistics for the rugby nauses!

Fans can purchase the one-off publication for £6.99 exclusively from the Saracens Online Shop with £1 from each programme sold split between Saracens Sport Foundation and Duchenne UK.

The competition ends on the full-time whistle against Gloucester on Wednesday 26th August. Get buying and good luck!

Buy a copy of The Wolfpack and be entered into a draw to win a signed Saracens shirt!