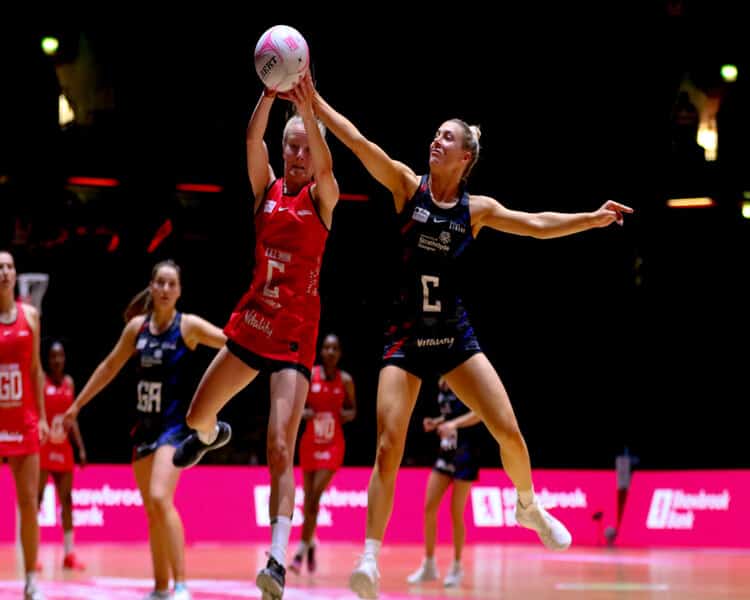 It was a game of defence when Strathclyde Sirens met Saracens Mavericks for the second time this season. Both sides had this as a must-win game in order to make the Top Four, but Sirens came out on top of this tight match.

Sirens started out strong as they took an early lead at the start of the first quarter. Both sides fought incredibly hard in defence as the ball went up and down. A very low scoring first quarter saw Sirens take a three goal lead.

Mavericks made several changes to their line up in the second quarter. This began to build up in intensity, but there were several periods of scrappy play from both sides. It was a goal for goal quarter as both teams scored 10 goals apiece. The half time score was 16-19.

The third quarter saw Mavericks draw level for the first time, but Sirens worked patiently and grew their lead again. Some costly errors from Mavericks saw Sirens go into the final quarter 5 goals ahead, having extended their lead throughout the third quarter.

The final quarter sealed the deal for Sirens, as they worked patiently to hold on to their lead. Mavericks came close to closing the gap on a few occasions but Sirens held on and took the match 35-41.