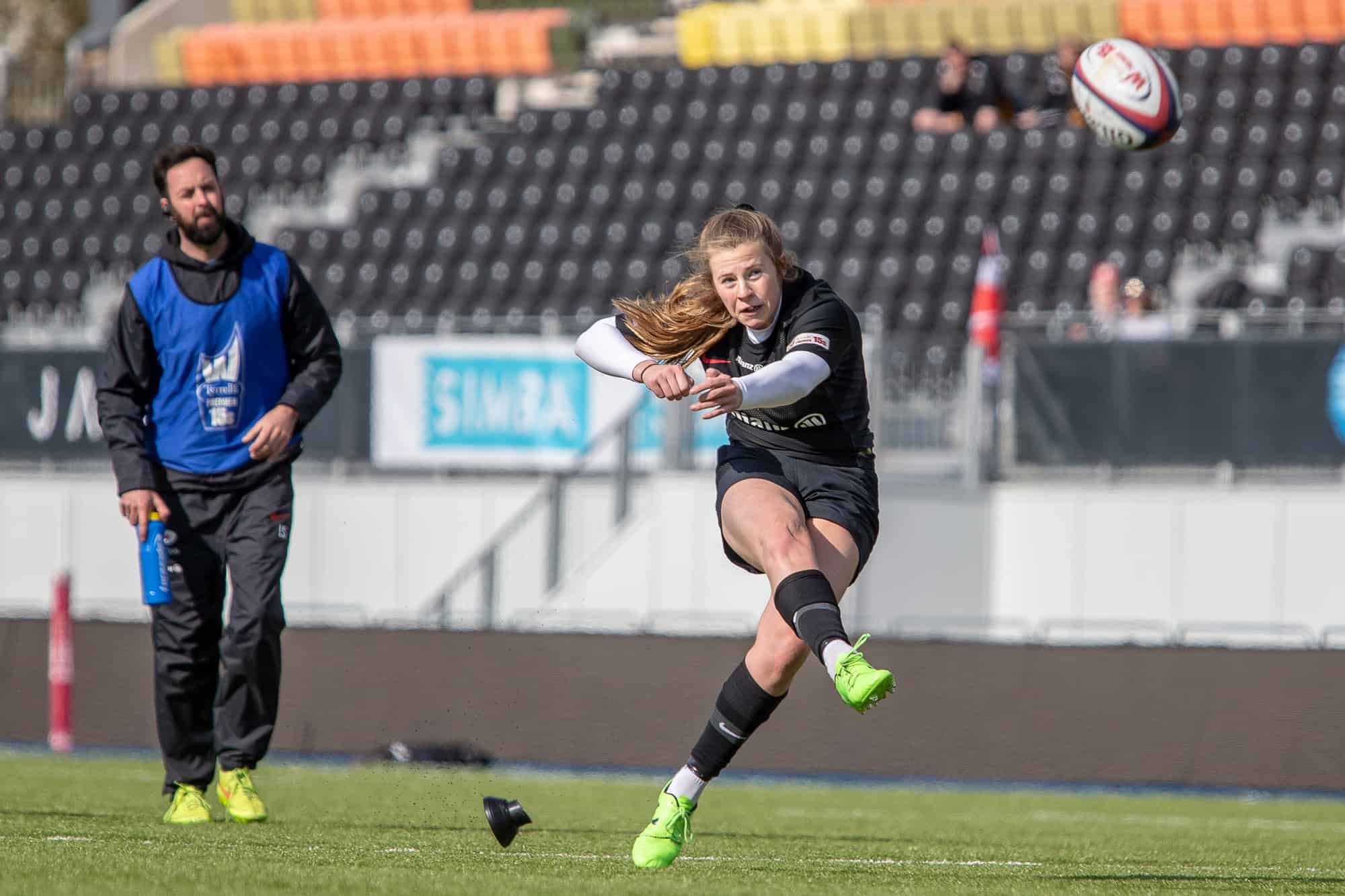 Six Saracens players have been named in the Red Roses team to face France at the Women’s Rugby Super Series on Wednesday 10 July in San Diego.

Zoe Harrison starts for the third time in the tournament while Poppy Cleall, Sarah McKenna and Marlie Packer return to the starting XV.

Hannah Botterman and Ellena Perry, who will be leaving Saracens this summer, take their place among the replacements as England Women head coach Simon Middleton makes nine changes.

The Red Roses have played two games so far in the series with a 38-5 win over USA and a 19-17 victory against Canada, while France had a bye in the first round and then lost 19-36 in their opener against Canada but responded with a 25-16 victory over the world’s number one ranked side New Zealand.

“Saturday’s win against an outstanding Canadian side was huge for us in terms of the growth of this squad of players,” said Middleton.

“It was a game we were second best in for long periods but hung in, found a way to nudge ourselves in front and then showed great composure and game management to close out the game.

“That side was incredibly young and inexperienced as a group and we were massively proud of the character they showed.

“For France, we have looked to bring in some of our more experienced, and senior, players as France are coming off the back of a great win against New Zealand and will be full of confidence.

“We know only too well that on their day they can be one of the toughest team in world rugby to play against and that’s the type of performance we will be expecting.”

The last time England and France met was in the 2019 Women’s Six Nations as when the Red Roses secured a bonus-point 41-26 victory at Castle Park in Doncaster, on their way to completing a Grand Slam.