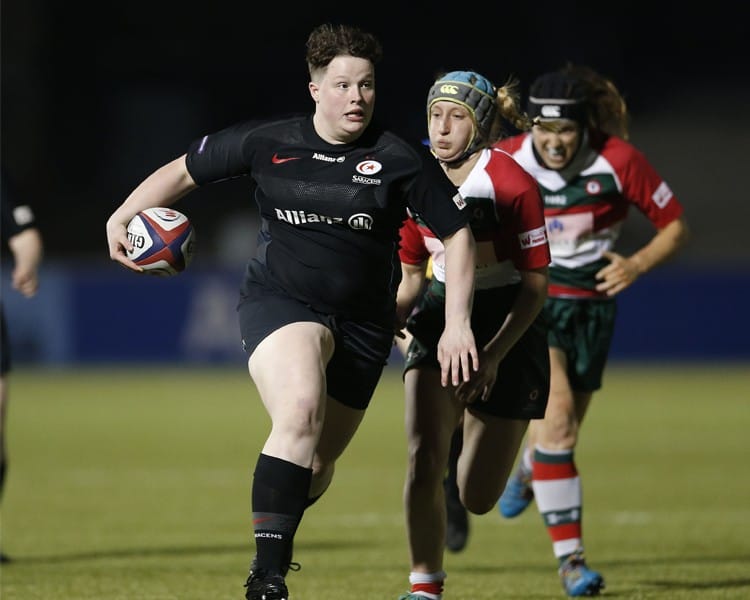 Six Saracens Women players have been named in the Red Roses squad for the opening match of the Autumn international series.

Hannah Botterman, Poppy Cleall, Vicky Fleetwood, Marlie Packer, Zoe Harrison and Sarah McKenna are in a 24 player squad that will travel to the south of France to take on the hosts at the Stade Marcel Michelin in Clermont on Saturday 9th November.

England Women Head Coach Simon Middleton said: “We’ve had a couple of strong training camps over the last few weeks at which we’ve moved our game on significantly and now we are looking forward to heading to France.

“Outside of New Zealand, France is one of the toughest places to go and play. It’s a massive challenge but it’s exactly what we want and we can’t wait to get there.

“We play them away again in our opening match at next year’s Six Nations so it’ll be a good marker of where we are.