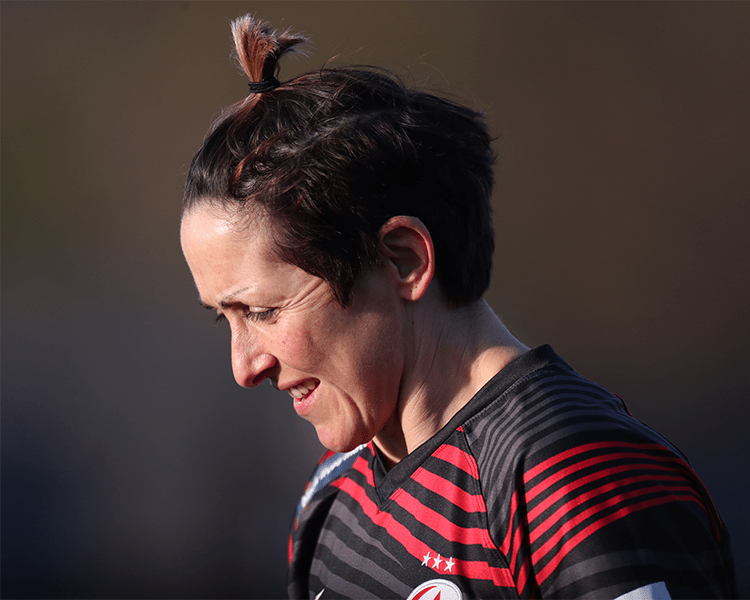 Sonia Green to enter 20th season as a Saracen

Saracens is excited to confirm that Sonia Green has signed a new deal, meaning she will enter her 20th season with the club.

In an incredible landmark which shows her phenomenal commitment to Saracens, the 38-year-old is now entering her third decade at StoneX Stadium.

Originally joining the club in 2002, the forward has made 261 appearances for the Women in Black, winning plenty of trophies as well as representing England on the Sevens Circuit.

She now combines her rugby with the Vice Principal role at Saracens High School, once again highlighting her importance to the entire organisation.

‘Sonic’ as she is known, spoke of her pride at reaching this achievement.

“I feel proud to be embarking on my 20th season with Saracens and it’s always an honour to wear the shirt.

“I’ve seen incredible growth at the club and in the women’s game over the past three decades and I’m excited to play a part in the next stage of the journey and success at the club.”

Head Coach Alex Austerberry spoke of how big Green’s impact is for the club.

“Sonic is the epitome of a Saracen. Hard working, unbelievably committed and to have played for two decades at the club is a testament to her quality, determination, discipline and desire.

“She is influential both on and off the field and it is brilliant news that we will have Sonic for another season.”