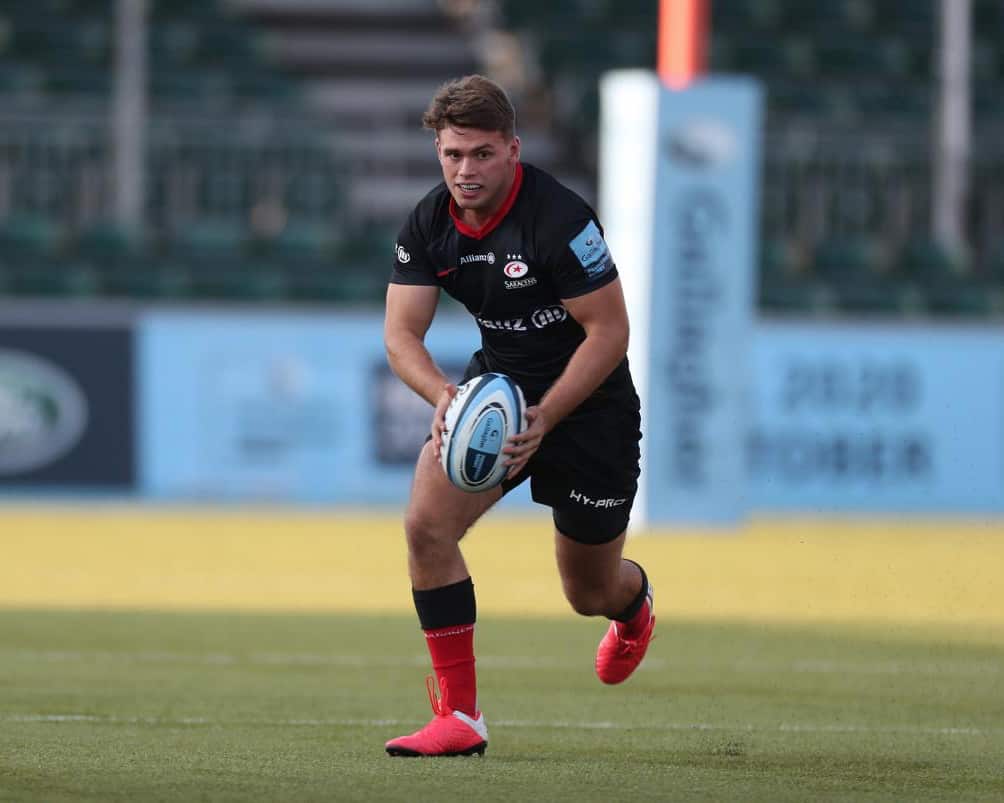 It was a special day for many of the club’s young players who experienced another outing for the senior, but it was even more special for Academy centre Josh Hallett.

The youngster came on in the second half at Allianz Park for his first team debut and he says it is moment that he’s been striving for since he was a child and that one person in particular would have been cheering him on at home.

“It was an unreal experience,” Hallett said.

“Playing in the Premiership is something I have dreamt of since I was about four or five.”

“Playing in the Premiership is something I have dreamt of since I was about four or five. It’s just unbelievable.

“Everyone works so hard in training. The amount of hours we put in together week after week waiting to get the opportunity to get out and put in a performance… we took every minute of it and it paid off.”

He added: “My biggest supporter is probably my nan! She watches every game; I know she would have been watching and I hope I’ve made her proud and my parents as well.”

Sarries scored on 40 minutes to command a 10-point advantage going into half-time and crossed for a further three tries through Elliott Obatoyinbo, Janco Venter and Cameron Boon in the second half – all of whom had previously never scored a try in the Premiership.

There was an evident shift in intensity from the Men in Black after the break and Hallett feels that came from the group’s togetherness.

“We spoke at half-time about the togetherness, how we’re one unit and we need to play together.

“I thought we stuck in there, especially at scrum time, putting in a massive shift to bully them and then the tries came after that.”