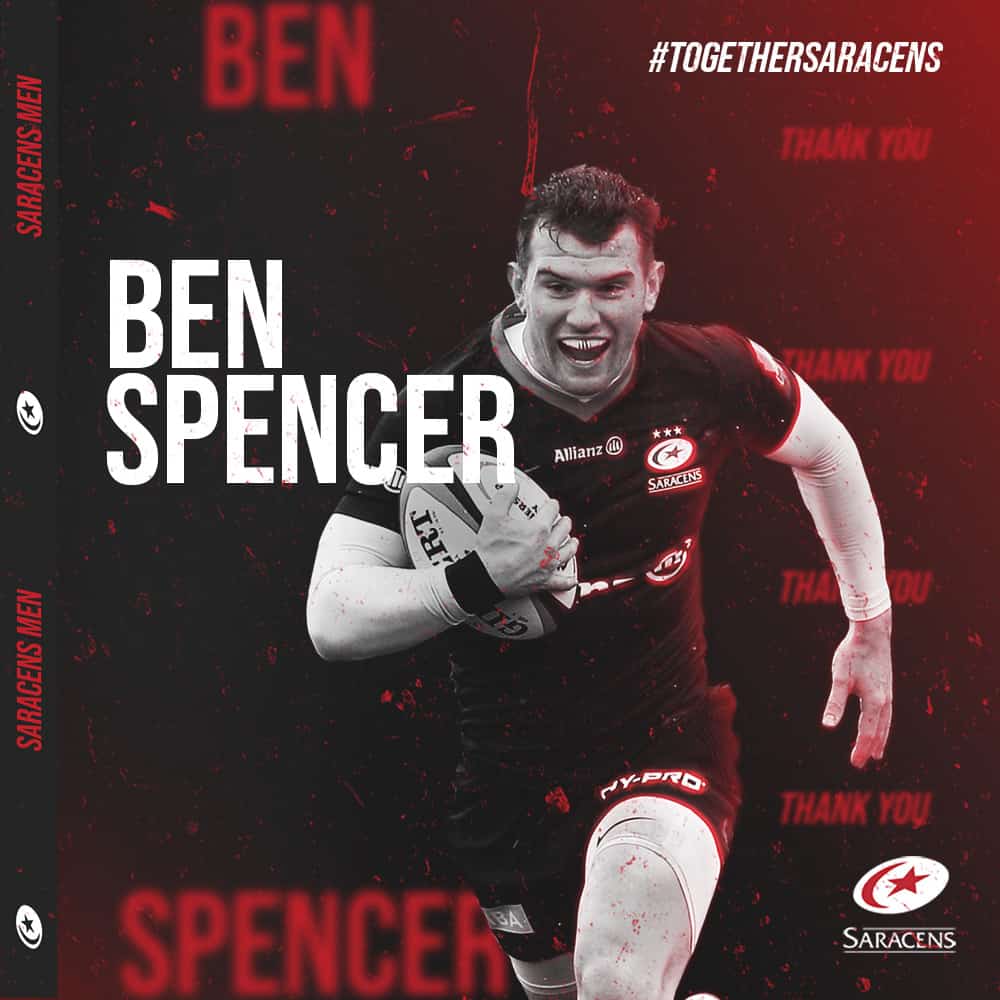 Spencer to depart after nine years as a Saracen

Long-serving Saracen Ben Spencer will depart the club at the end of the month after an incredible nine years.

Having made 173 appearances in nine seasons for the Men in Black, Spencer will face a new challenge in the Gallagher Premiership with Bath Rugby.

After impressing on trial the scrum-half joined the Academy in 2011 and made his debut against Wasps at Twickenham on the opening day of the 2011 Premiership season.

“I’ll treasure the memories that I’ve made at this club for the rest of my life.

Spencer was instrumental in helping the club bounce back from the disappointment of losing two finals in the 2013/14 season as he starred in the 2015 LV= Cup final.

Faced with a last-minute penalty with the clock in the red, Spencer showed great composure to nail his kick at Franklin’s Gardens in a 23-20 victory over Exeter Chiefs.

Involved in the success of three Premiership trophies and two Champions Cups between 2015 and 2018, Spencer faced healthy competition from Richard Wigglesworth and Neil de Kock.

But he got the chance to start in both the Premiership and Champions Cup finals at the business end of the 2018/19 season as Sarries secured a famous double.

And having made some incredible memories and friendships along the way, Spencer admits he will always cherish his time as a Saracen.

“I’m sad to be leaving a club that’s been my life for nine years,” said Spencer. “It’s very much a club I called home.

“A lot of people hear about the culture coming from outside but until you’re actually in the environment and witness it first hand.

“I can’t speak highly enough of the people and what they do to look after you and support you. Everyone is always willing to help.

“I’ll treasure the memories that I’ve made at this club for the rest of my life.

“I leave with incredible memories and great friendships and I have no doubt the club will come back strongly.”

Director of Rugby Mark McCall added: “It has been very satisfying watching Ben’s progress during his time with our club.

“We thank him for his significant contribution and wish him and his family well in the future.”