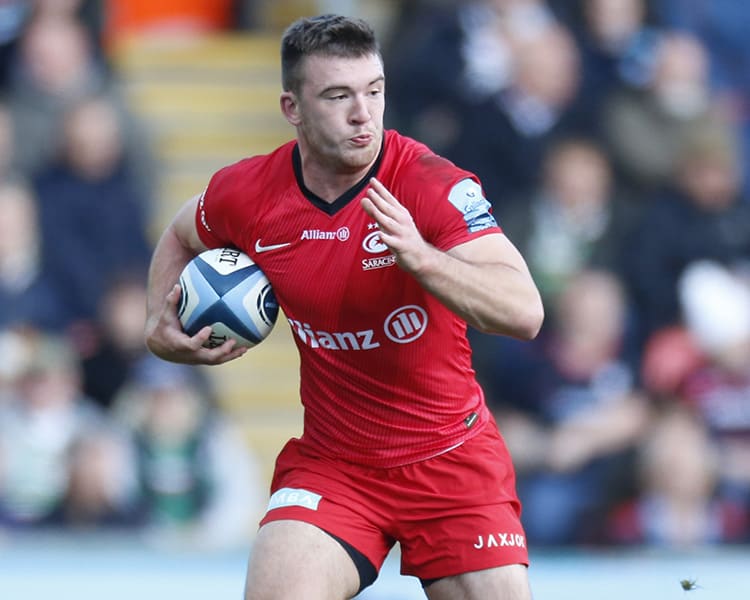 Saracens Storm will look to continue their unbeaten start to the Premiership Rugby Shield season against Exeter Braves at Allianz Park on Sunday (KO 14H00).

Entry is FREE for season ticket holders. Adult tickets are priced at £10 and juniors at £5.

Adam Powell’s side have won both of their 2019/20 matches so far, picking up bonus-point victories on the road at Bath United and London Irish A.

An exciting, vibrant backline is set to take stage for Storm’s first home outing with Matt Gallagher coming in at full-back and Elliott Obatoyinbo switching to the wing.

Rotimi Segun moves to outside centre, partnering Cambridge University Varsity winner Charlie Watson and the half-back duo is once again made up of Tom Whiteley and Manu Vunipola.

Richard Barrington and Tom Woolstencroft add experience to the pack and line-up in the front row alongside Josh Ibuanokpe.

In behind the trio are twins Joel and Jon Kpoku – the latter scoring a double at Irish last time out – and Callum Hunter-Hill takes up the blindside position, joining Sean Reffell and Andy Christie in the back row.

Entry is FREE for season ticket holders. Adult tickets are priced at £10 and juniors at £5.

Storm team to take on Exeter Braves on Sunday: