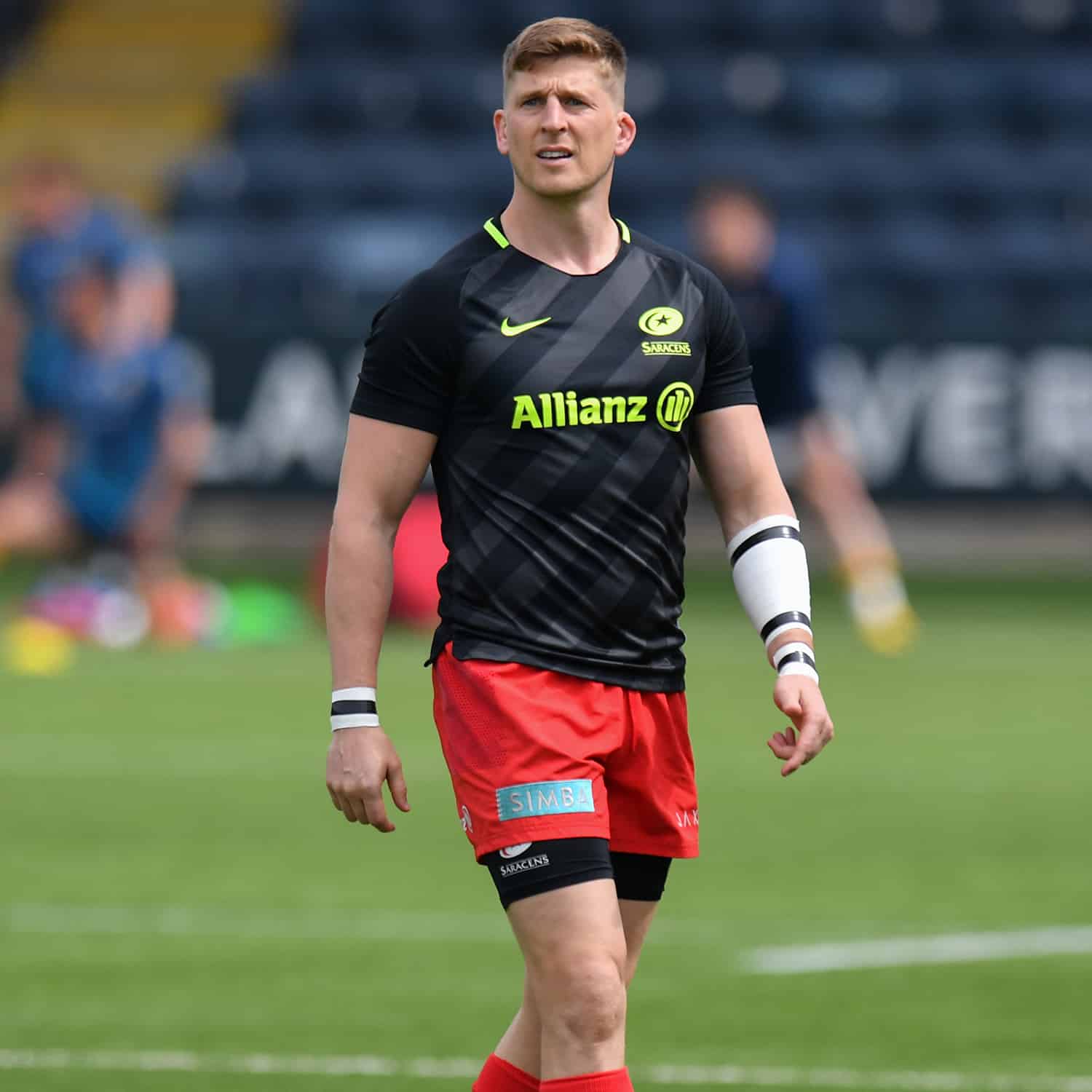 Strettle to retire at end of the season

Saracens and England winger David Strettle has announced he will retire from professional rugby at the end of the current season following an illustrious 17-year career.

The 35-year-old first picked up a ball aged five years has gone on to make over 325 appearances at club level as well as earning 14 caps on the international stage.

Known for his quick feet, electric pace and try-scoring ability, Strettle has crossed the whitewash on 122 occasions to date, the latest couple coming in Sarries’ Heineken Champions Cup quarter-final win over Glasgow Warriors in March.

Starting out at Rotherham Titians in 2002, Strets made a name for himself on the Sevens circuit with England before penning a deal with Harlequins. Soon after, Test recognition in the 15s game came and he made a try-scoring debut against Ireland at Croke Park.

After four years at The Stoop, he found home at Saracens in 2010 and hit the ground running with a try in his first outing for the Men in Black and struck again the following weekend against Leeds Carnegie.

It proved to be a memorable first season in north London for Strettle as Sarries won their first ever Premiership title. The hotstepper ended his four years at the club with a second domestic medal and departed for Clermont Auvergne having enjoyed several trips away with the squad, creating long-lasting memories in the process.

In France, Strettle was adored by the Montferrand faithful and helped them to their first Top 14 triumph in seven years before returning to Allianz Park this season where he has once again made a huge impact on and off the field.

There is no doubt Strets will be a success in whatever he chooses to do post-retirement and everyone at Saracens would like to wish him all the best in his future endeavours.

On retiring, Strettle said: “I spoke to my wife and we decided now is the time to say goodbye to rugby. There are some more adventures for me elsewhere.

“I’m lucky enough to be able to look back, be very proud and privileged to have done some of the things I’ve done.

“There was a time when I was at Clermont I thought I’d retire so everything from that point has been an unbelievable bonus for me and to come back to Saracens has been incredible.

“When I first joined the club there was a saying called ‘ELE’ – Everyone Loves Everyone –  it’s very true. There are no prima-donnas, no one is treated better than the others.

“Saracens will always have a special place in my heart and I have some amazing memories to take forward. I’m looking forward to the last couple of months before creating further memories outside of rugby.”

Director of Rugby Mark McCall added: “To watch Strets play, is to forget you are a coach and to be a fan of rugby.

“Competitive in the air, graceful on the run, intelligent in defence, he has produced some of the most memorable moments of skill ever seen in a Saracens jersey; often in big games, often under the greatest pressure. That is the mark of a truly great player.

“Off the field, he is a dedicated team mate and family man. Saracens have been fortunate to have David for two spells at the club and he leaves having made Saracens a better place. We wish him and his family every success in the future.”