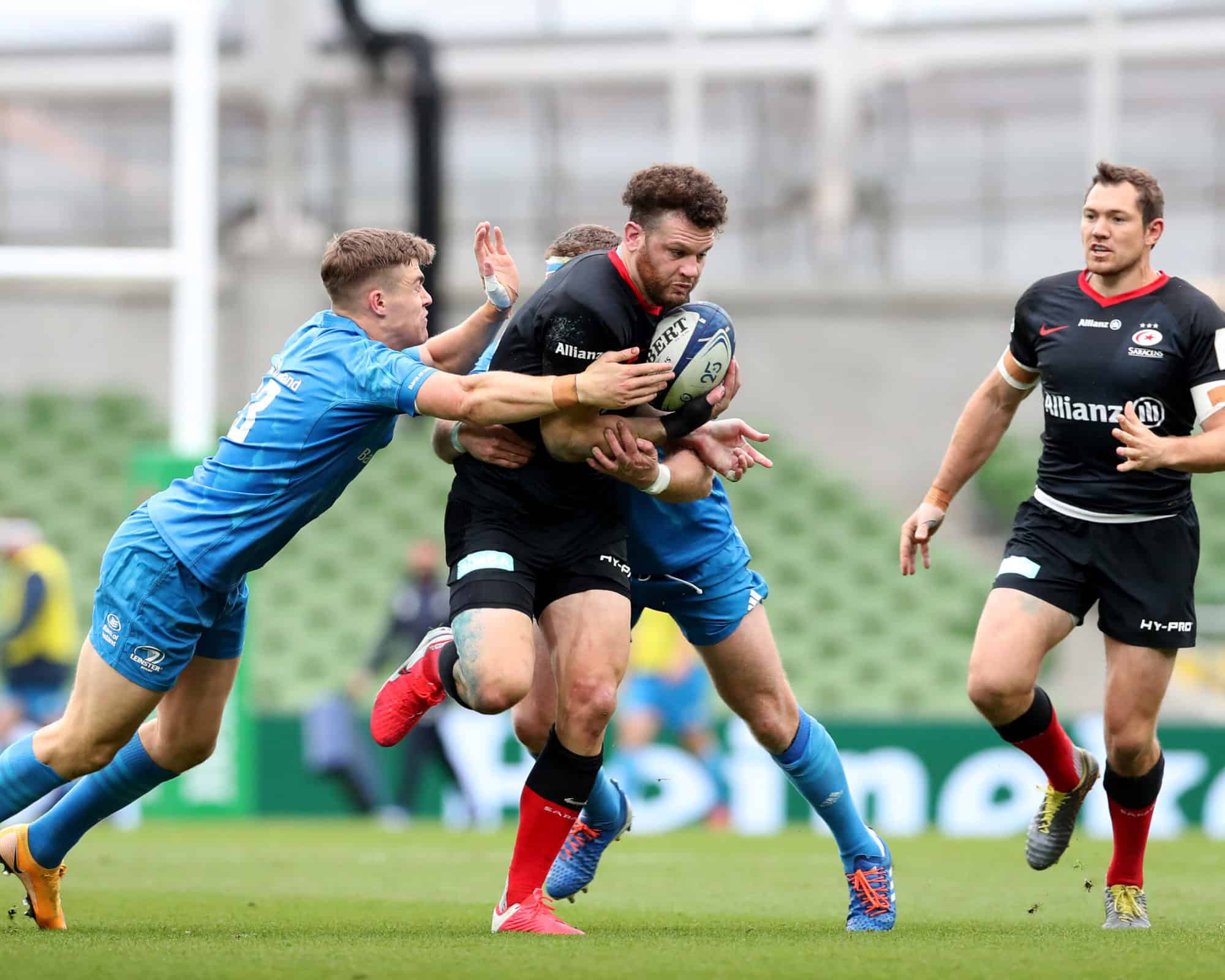 Duncan Taylor has been involved in some big games for Saracens over the years and the centre has described last Saturday’s win over Leinster as one of the best.

The Scotland international’s burst and well-executed offload set up Alex Goode’s first half try as Sarries raced into 22-3 half-time lead in the Heineken Champions Cup quarter-final before having to be at their best defensively to thwart any Irish comeback.

The unity amongst the 15 on the field, and those on the bench, was present for everyone to see and Taylor believes it was the team’s energy levels and past experiences which saw them over the line.

“It was a great feeling; one of the best feelings I’ve had in a game with this group,” he said.

“It’s going to be a huge challenge for us to go there and get a win but it’s definitely I think one this group is capable of.”

“The momentum we had in that first half was like nothing I’ve ever felt before in a game of rugby. Obviously the second half was backs against the wall stuff for a long period but the togetherness that we had in that game was pretty special and those are the games you want to always be a part of. You want that feeling, you crave that feeling moving forward.

“Even in those tough periods in the second half our energy never dropped which is amazing and great to be a part of. You always felt like we had an element of control in that game and that was special. Going into those tough moments we’d been In those situations before in the past and we know how much we have to fight for each other, and I think we did that on Saturday.”

Saracens face a different test in the last four – a trip to Paris to face an opponent they have already come up against twice this season.

A 27-24 victory over Racing 92 in January confirmed the Men in Black’s progression to the Champions Cup knockout stages as eighth seeds.

The match came a day after Sarries’ relegation to the Championship was confirmed and the squad controlled their emotions to secure a crucial win.

“That was another really emotionally charged performance with everything that had gone on that week and the weeks previous,” Taylor said.

“It was a great performance from us to come out with a win in that game and give us an opportunity of a quarter-final. We’re going to need that in spades again this weekend against one of the best teams in Europe. It’s going to be a huge challenge for us to go there and get a win but it’s definitely I think one this group is capable of.

“It’s a different challenge to that Leinster game as this one is a one-week preparation which is the same for them. It obviously puts more emphasis on the preparation this week and making sure we’re doing our homework, training well and the boys have been doing that.

“I think it’s another massively exciting opportunity to take Racing on in their own back garden. They’re one of the best teams in Europe, have been for the past couple of years and it’s going to be a huge challenge for us. It’s one we’re building up to nicely.”