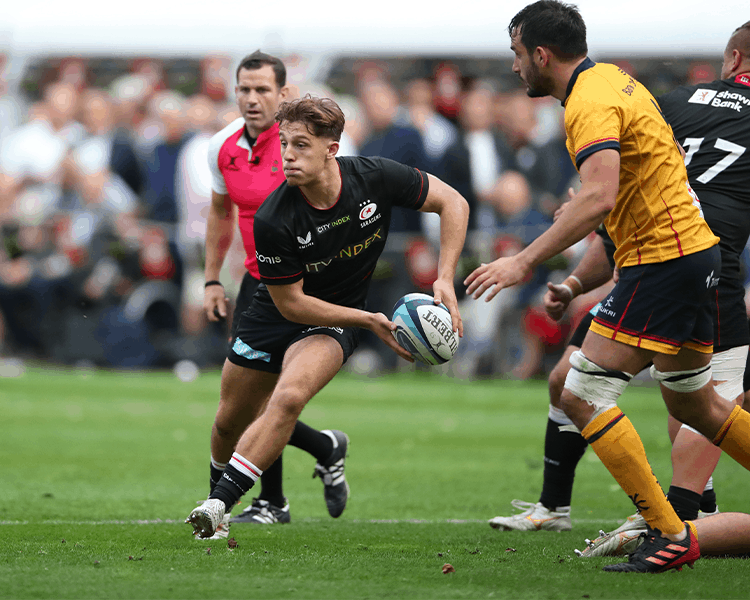 Saracens Storm have named an exciting team to take on Bedford Blues this Saturday in their first match of the season.

The Storm head to Goldington Road for their first match since May, and will be coached by Kelly brown with a number of players looking to put their hands up for Gallagher Premiership selection.

Sam Crean, who came off the bench against Ulster starts at loosehead, with Ethan Lewis at hooker and Harvey Beaton at tighthead who won the Grand Slam with England Under 20s in the summer.

Joel Kpoku and Cameron Boon will operate in a dynamic second-row, whilst summer signing Theo McFarland starts in the back-row alongside Andy Christie and Janco Venter.

Ruben de Haas is at scrum-half after returning from international duty which saw USA defeat Canada and featured a long-range drop goal from the summer arrival, and academy duo Charlie Watson and Josh Hallett will be in the midfield.

Fly-half and the right wing will be confirmed ahead of the match, but elsewhere in the back-line Brandon Jackson will be on the left wing, with Tom Mills at full-back.

There are plenty of academy players on the bench who will all be aiming for some game time in the Saracens shirt, including Sam Bryan who made his first team debut against Ulster at HAC.

Coach Kelly Brown is excited to see how the squad fare in their opening match of the season.

“This is a great opportunity for this group to show how hard they have been working throughout the summer and transfer that in to a match environment.

“There is always a good crowd at Bedford so it will be a great test for us but one that we are very much looking forward to.”

There will be match updates across our social media channels, with kick off in Bedford at 13:00.