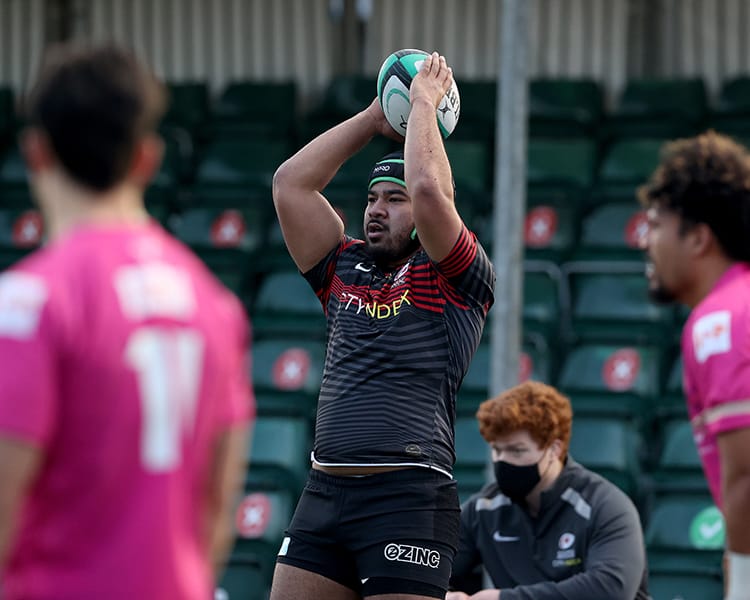 Saracens Men have made five changes for their final pre-season match ahead of the 2020/21 Championship season.

The Men in Black head to Butts Park Arena to take on Coventry who they defeated at home 48-33 last weekend.

Hooker Kapeli Pifeleti crossed the whitewash for the fourth time in four matches in the game and earns a start, while Mike Rhodes and Sean Reffell return to the back row.

Adams-Hale is in the squad for the first time since November 2019.

The former’s inclusion sees Callum Hunter-Hill switch back to lock where he will form a Scottish second row alongside Tim Swinson.

On an extended bench, there is a place for Academy graduate Ralph Adams-Hale for the first time since injuring his ankle against Gloucester in November 2019.

The game will be available to watch via live-stream, click the button below for more information.