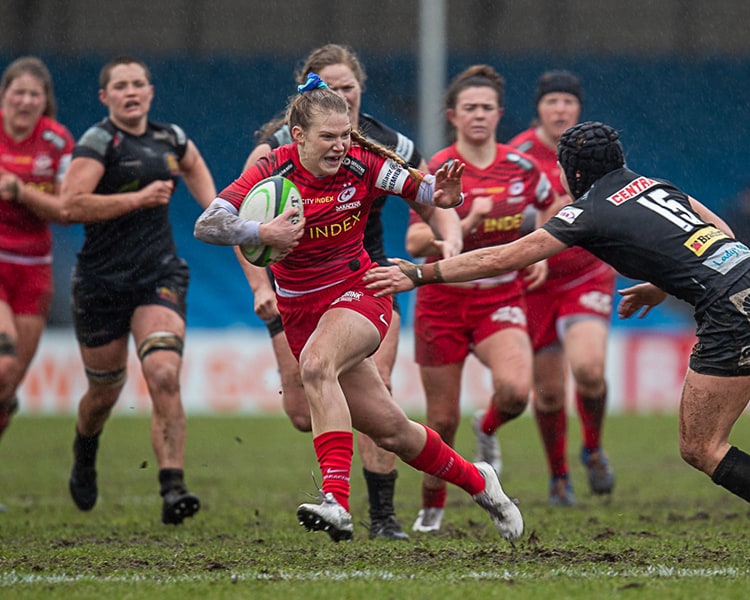 Saracens Women’s 23 has changed since the announcement was made on Friday 5th February at 12pm.

The Wales international will take the number six shirt with Sonia Green moving to lock. Sophie de Goede is now among the replacements.

Canada international Emma Taylor will make her club debut in the North East while England Number 8 Poppy Cleall and Donna Rose are reinstated. Prop Alex Zdunek is set for a first ever Sarries outing in the number one jersey.

Holly Aitchison continues at fly-half and will have scrum-half Emma Swords for company and Cara Wardles is promoted into the midfield. Former England Sevens flyer Emma Uren is picked on the wing.

A second Canadian in Alysha Corrigan could debut from the bench.