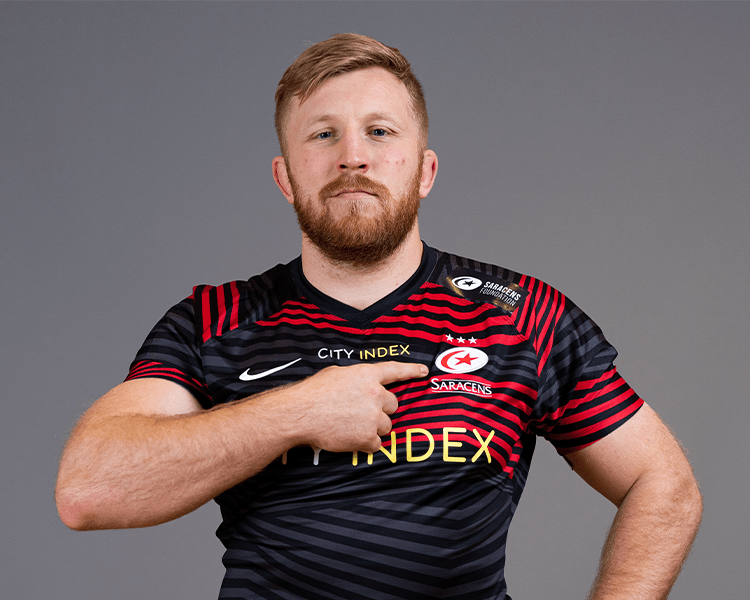 Jackson Wray says that matches like these bring the best out of the group, as Saracens Men prepare for their enormous final against Ealing Trailfinders on Sunday.

The Men in Black travel to Trailfinders Sports Club for the first leg of the Championship Play-Off Final, knowing that a big performance is required as they continue their pursuit of a return to the Premiership.

The starting line-up features 12 internationals for the biggest match of the season so far, with a significant amount of experience ready to take on the Trailfinders.

There are two changes to the side that produced a ruthless display in the 73-0 win over Coventry in May, both coming in the forwards.

Vincent Koch returns at tighthead, back after serving a one-match ban to join Mako Vunipola and Jamie George in the front-row.

Maro Itoje and Tim Swinson continue their partnership in the second-row while Michael Rhodes is back at blindside having recovered from an injury that has kept him out since April.

Jackson Wray and Billy Vunipola complete an experienced pack that last played together in the Champions Cup semi-final against Racing 92 in Paris back in September of last year.

Aled Davies and Owen Farrell renew their half-back pairing, the latter looking to add to the 73 points he has accumulated so far this season with the chance to become the league’s top points scorer very much in his sights.

The in-form midfield pairing of Nick Tompkins and Elliot Daly also continue, the Welshman boosted by an international call-up this week for their summer series.

And an exciting back three of Sean Maitland, Alex Lewington and Alex Goode will be relishing the chance to put Sarries in a dominant position in the first leg.

On the bench there is a five-three split that offers plenty of attacking options including Tom Whiteley, Rotimi Segun and the returning Duncan Taylor.

Wray says that the squad are raring to go for Sunday’s play-off in West London. “It’s a massive occasion and it’s the one that we wanted. It’s been a long build up and the longest pre-season ever but it’s finally here which is massively exciting.”

“We’ve got two weeks to dig in and we tend to build well in to these kind of games. This week has felt like we’re in that really focused mindset and we’re thriving on it. Ealing are a very good side who do the basics really well so we know it will be a difficult challenge but it’s the biggest game of the season and everyone brings their best to these games.”