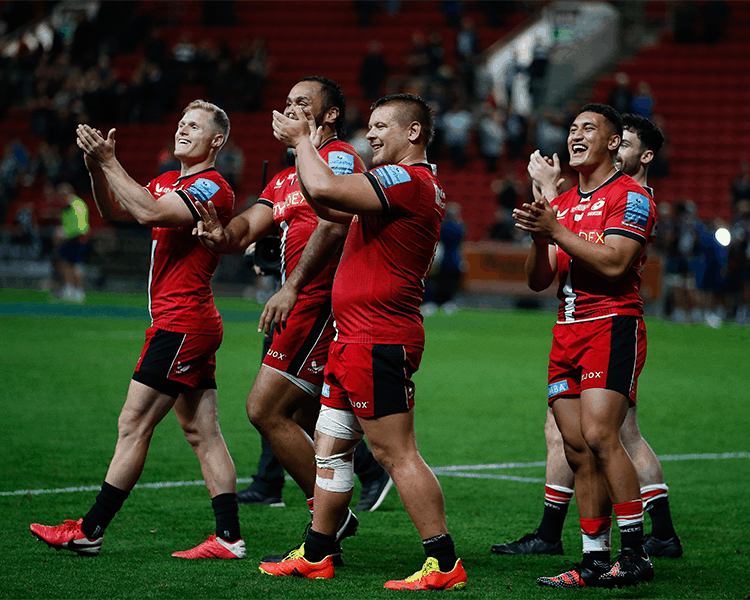 Jackson Wray believes Saracens Men will look to use their opening day victory over Bristol Bears as a platform to build from ahead of an away trip to Welford Road this weekend.

Sarries face current leaders Leicester Tigers on Saturday afternoon and the Men in Black will be aiming to make it two from two on their return to the Premiership.

Director of Rugby Mark McCall has made three changes to the starting line-up from the side that beat Bristol a fortnight ago with Jamie George, Owen Farrell and Max Malins all returning to the starting XV.

Following the announcement this week regarding player return, individual programmes have been agreed with all of those who are back following international duty.

Ralph Adams-Hale and Marco Riccioni join George in the front-row and they will be looking for further success at scrum time just as they did in Bristol.

Nick Isiekwe and Tim Swinson continue in the second-row, with the back-row of Wray, Ben Earl and Billy Vunipola remaining the same.

Aled Davies starts at scrum-half and he is partnered by Farrell, who will continue in his role as Club Captain this season.

Alex Lozowski moves to outside centre after his 21-point haul at Ashton Gate with Nick Tompkins at 12, while Malins slots in at full-back with both wingers remaining the same.

On the bench, Andy Christie will cover the back-row after captaining the Storm in their win against Ealing Trailfinders last week and Alex Goode returns from a hamstring injury to take his place in the matchday 23.

Wray, who has skippered the side in Farrell’s absence is expecting a big test against the Tigers on Saturday.

“Looking back at the Bristol game, there was a lot on that for us and it was a great opportunity to show how far we have come,” he said.

“It was a really satisfying evening and it has given us a good platform to move on from, which starts this weekend against Leicester.

“We worked hard last week with no game so we had a chance to properly review everything and we can’t wait to get back out there this weekend with another tough challenge.”