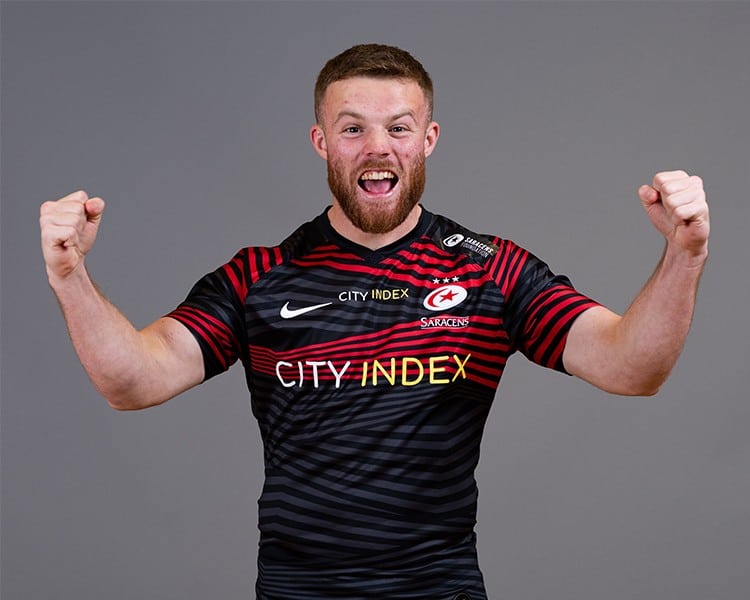 Tom Whiteley insists he’s itching to help the side take further steps forward ahead of his first start of the Championship season against Nottingham on Saturday.

The scrum-half is back in the starting line-up for the trip to Lady Bay and is one of nine changes to the side that beat Ealing Trailfinders last weekend.

There are five changes among the forwards as Tom Woolstencroft and Alec Clarey start alongside Mako Vunipola in the front-row with Jamie George and Vincent Koch moving to the bench.

Joel Kpoku will start alongside Maro Itoje in the second-row and Janco Venter and Andy Christie both earn a start with Billy Vunipola behind them at the base of the scrum.

Whiteley has captain Owen Farrell as his half-back partner and there is a new midfield pairing with both Duncan Taylor and Dom Morris returning.

Rotimi Segun is back on the left wing, while Alex Lewington will face his former side on the right and Elliot Daly completes the XV at full-back.

There is a fresh look among the replacements as well with Eroni Mawi, Alex Day, Will Hooley and Harry Sloan all looking to make an impact at some stage.

Whiteley has played a key role in the closing stages of matches so far this season, but can’t wait to get the opportunity from the first whistle.

“I’m buzzing to get a start and just itching to get out there. I know everyone is going to give it their best and we want to take more steps forward,” he said.

“The last few weeks have been tough games but the mentality has been great and we’re all excited about where we can take this.

“We want to get on the front foot by playing aggressive rugby and we’re going to try our hardest to come back with the five points.”

The match is being streamed on the Championship website with coverage starting at 17:10, click here to order it!