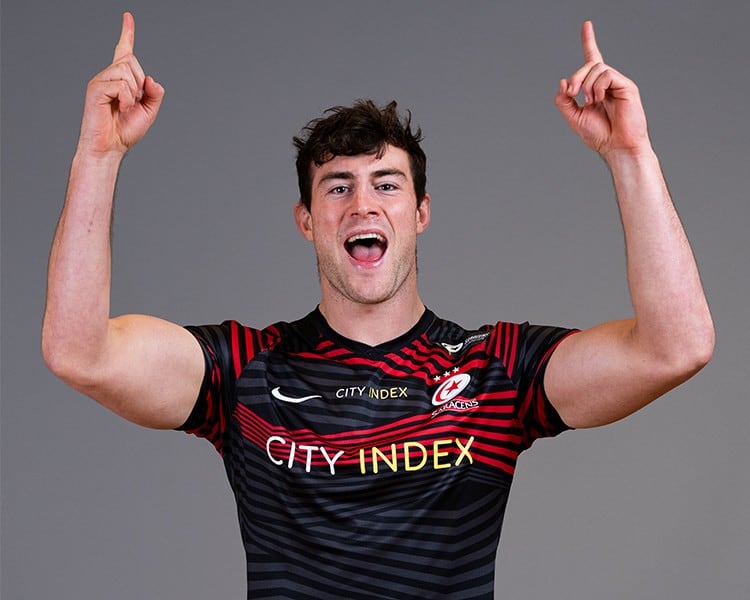 Richard Barrington will make his 200th appearance for Saracens on Sunday against Richmond as the Men in Black resume their Greene King IPA Championship season.

The loosehead, who made his debut for Sarries all the way back in September 2013, joins an illustrious list of players to have reached a double century, which includes current teammates Jackson Wray, Owen Farrell and Jamie George.

Speaking of George, the hooker is one of three changes Director of Rugby Mark McCall has made to the starting XV from the game against Jersey Reds in Round 2.

The 30-year-old has successfully transitioned back into the group following his return from international duty and has brought a lot of energy to training this week.

Will Hooley is handed a first Championship start as he replaces Elliott Obatoyinbo at full-back and Dom Morris is also in from the start for the first time in place of Juan Pablo Socino.

Ralph Adams-Hale makes a welcome return to competitive action as he is named among the replacements, while Alec Clarey also returns to the matchday squad.

Alex Day and Harry Sloan are named in a Championship matchday squad for the first time this season and will provide cover at scrum-half and centre respectively.

And finally Sean Maitland will cover the back three with the Scotland international back involved for the first time since Round 1.

Don’t forget, you can live stream the game, click the button below for more information!