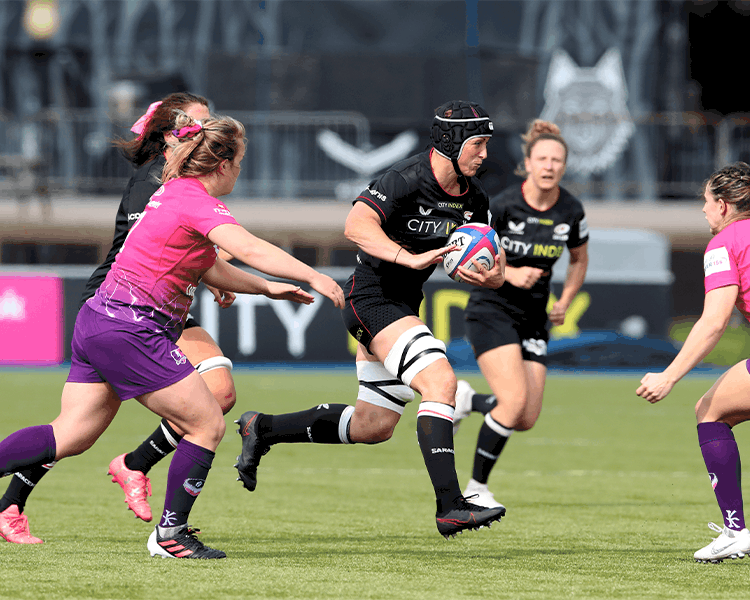 Sonia Green insists making her 300th Saracens appearance this weekend is a huge honour as she becomes the first woman to reach the landmark.

In a Sarries career that has already entered a third decade, Green has been central to the team’s success in recent years, alongside her role as an inspirational Vice Prinicpal at the Saracens High School.

The in-form Chiefs are heading to StoneX Stadium on Sunday afternoon, and there are two changes to the starting XV after the fourth consecutive bonus-point victory against Worcester last Saturday, with Hannah Botterman and Chantelle Miell returning.

Botterman makes her first start of the season after coming on as a replacement at Sixways, and she joins May Campbell and Donna Rose in the front-row.

Green partners Georgia Evans in the second-row for her momentous day, and the back-row of Vicky Fleetwood, Marlie Packer and Poppy Cleall continues, with all three called up to the England squad this week ahead of the Autumn Internationals.

Ella Wyrwas and Zoe Harrison, who will also join up with the Red Roses keep their places as half-backs, as do Holly Aitchison and Hannah Casey in the midfield.

Captain Lotte Clapp who has been in scintillating try-scoring form so far this season is on the left wing, with Miell on the right fresh from winning the Edmonton Sevens in Canada a fortnight ago. The ever-reliable Sarah McKenna will operate at full-back.

On the bench there is plenty of cover up front with a six-two split, allowing the likes of Jodie Rettie and Sarah Bebbington the chance to make an impact when called upon.

Green says the match on Sunday is an exciting occasion for many reasons.

“Waiting for selection each week is nerve wracking but this week has been heightened by the fact we have Exeter at home. I couldn’t think of a better game to play my 300th game,” she said.

“I always feel honoured to put on the shirt and although it’s a special occasion I really just want to focus on improving from last week against Worcester, putting into practice what we have worked on this week and performing for the girls, the club and getting the win!”