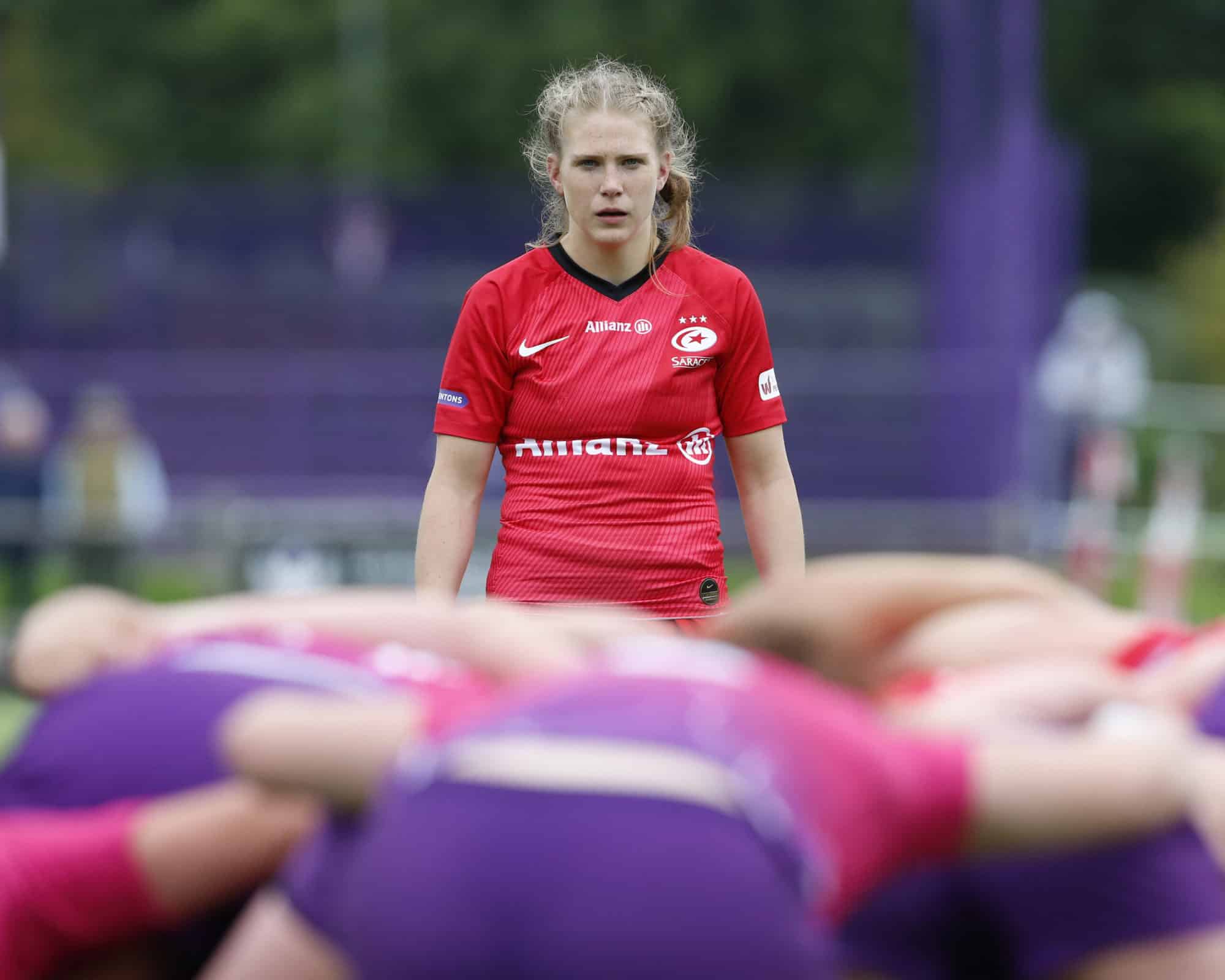 England Sevens flyer Holly Aitchison and Wales international Georgia Evans both joined the Women in Black in September and line up at inside centre and blindside flanker respectively.

Another to have played Sevens rugby for her country recently, Sydney Gregson returns to the Sarries fold on the wing and scrum-half Emma Swords is back in black following a year at Harlequins.

Two new faces in Aitchison and Evans will make their debuts on Saturday.

Gregson is joined in the back three by club captain Lotte Clapp and speed merchant Georgie Lingham while Swords’ half-back partner will be England fly-half Zoe Harrison. Cara Wardle take the 13 shirt to complete the backline.

In the pack, long-serving lock Sonia Green is entering her 18th season with the club and will join forces with Molly Morrissey in the second row.

On the bench, Emma Uren is in line for her second Saracens debut while Tamara Taylor is set for her first outing for her new club.