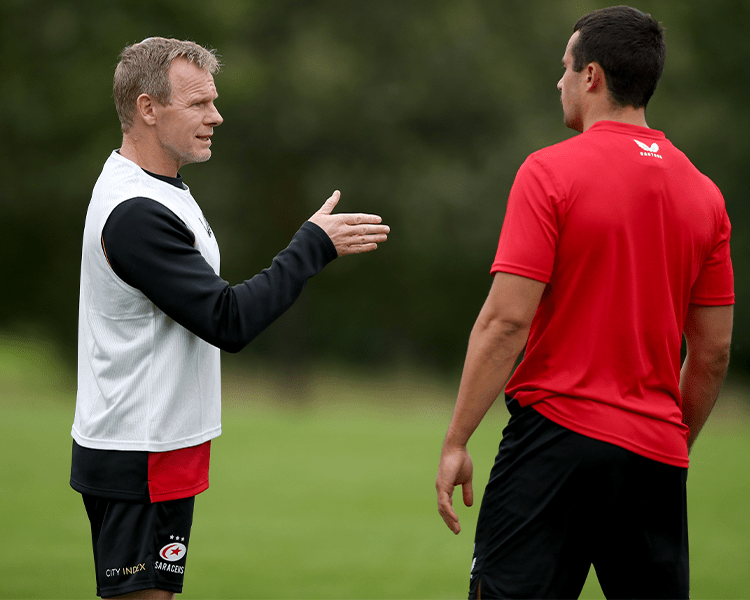 Director of Rugby Mark McCall insists there is a lot of excitement and anticipation among Saracens Men’s players and staff ahead of Friday evening’s pre-season opener against Ulster.

The Men In Black have named a 32-man squad to travel to Belfast and take on the Irish giants at the Kingspan Stadium where up to 10,000 fans will be in attendance.

The group of 19 forwards and 13 backs will be in action for the first time since their Championship Play-Off final triumph in June, with attention turning towards the return to the Gallagher Premiership.

Jackson Wray and Alex Goode will both share the responsibility of captaining the side, while Ben Earl, Nick Isiekwe and Alex Lozowski will all be eyeing up the chance to put on the Black and Red shirt for the first time since returning from season-long loans.

There could even be debuts for prop Marco Riccioni, second-row Theo McFarland and scrum-half Ivan van Zyl.

Ben Harris is also involved in the match day squad, having signed a long-term contract and put in an impressive stint at the Olympic Games in Tokyo for Team GB.

McCall is intrigued to see how Sarries will fare against his old side on Friday evening.

“We are excited at the prospect of playing again and in front of such a vibrant crowd as is always the case when you play Ulster,” he said.

“It is an opportunity for our players, on the back of five weeks of hard work, to test themselves against quality opposition and to gain crucial match fitness as we edge towards the start of the Premiership.

“It is great to have our players who were out on loan last season back in our playing squad, as well as some players who are new to the club who will form a big part of our future.”