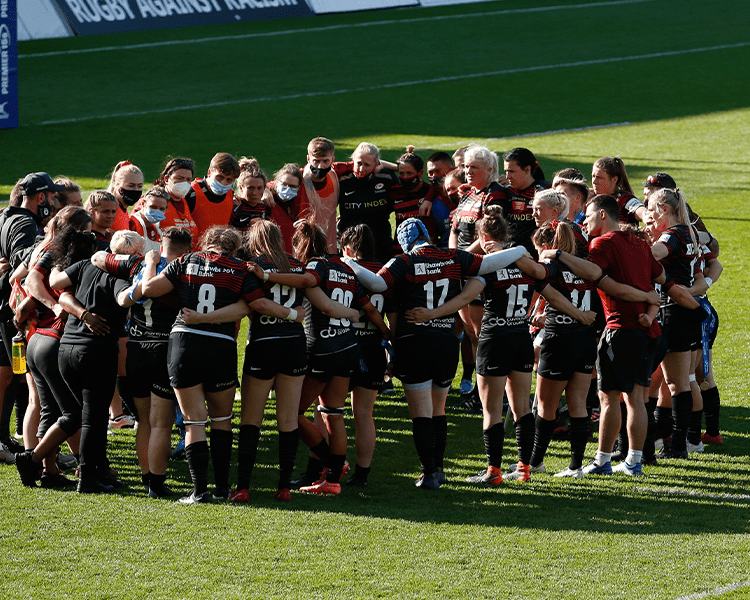 Head Coach Alex Austerberry insists Saracens Women are hugely excited for the Premier 15s to get back underway this weekend with a local derby at Wasps.

The two-time champions will be looking to start the season strongly on Saturday afternoon as they head to Tywford Avenue for the opener.

Rocky Clark, May Campbell and Donna Rose start in an experienced front-row with Fiona Mcintosh and Georgia Evans in the second-row. Vicky Fleetwood, Marlie Packer and Poppy Cleall will be looking to get the Women in Black on the front foot from the base of the scrum.

Ella Wyrwas makes her second debut at scrum-half after a summer return from Loughborough Lightning and she will be alongside Zoe Harrison at fly-half.

The centre pairing sees Hannah Casey alongside Holly Aitchison, who will be boosted by her performances in Tokyo at the Olympics, whilst the back three of captain Lotte Clapp, Chantelle Miell and Sarah McKenna gives Austerberry’s side plenty of pace out wide.

On the bench there is vast experience when called upon with the likes of Kat Evans and Sonia Green amongst the replacements and there could be a debut for Carly Waters after her summer move from America.

Austerberry insists that the group can’t wait for the campaign to get underway.

“Nothing beats the feeling of excitement for the first game of the season. The months of hard work in preseason, the anticipation of the challenges that await and the first real test of exactly where you are.” Said the Head Coach.

He added: “The bonus of having the return of crowds. All that topped with a local derby against a play-off contender. Does it get any better?”

The game will be available to live stream HERE.