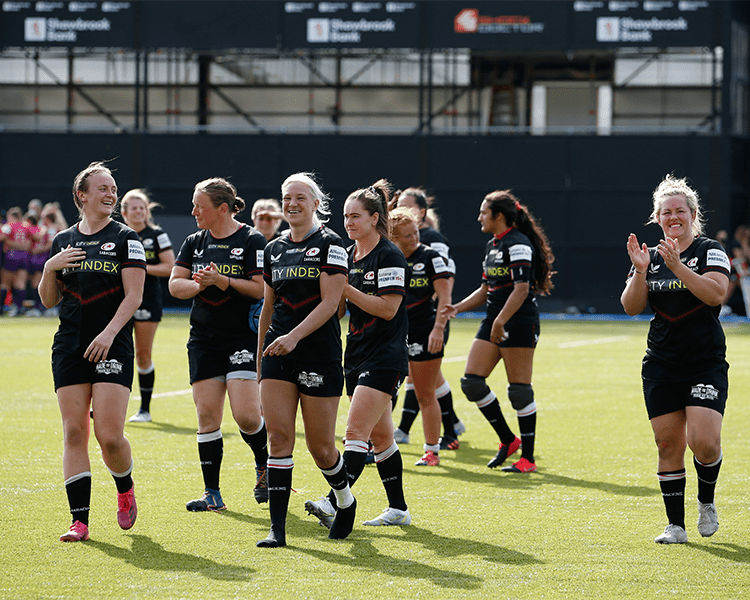 Marlie Packer is looking forward to a tough encounter at Sixways as she prepares to make her 50th appearance for Saracens Women against Worcester Warriors on Saturday.

The World Cup winner has started the season in formidable form and will lead out the team this weekend as she reaches a half century for the Women in Black.

Head Coach Alex Austerberry has named an unchanged XV for the trip to Worcester after the team’s impressive win over Loughborough Lightning last time out.

Rocky Clark, May Campbell and Donna Rose start in the front-row, with Sonia Green who is approaching her 300th club appearance alongside Georgia Evans in the second-row.

Vicky Fleetwood, Packer and Poppy Cleall, who reached her century last time out, will be looking to give the backs more front-foot ball from the back-row.

Ella Wyrwas and Zoe Harrison continue as half-backs, with the England fly-half performing brilliantly against Loughborough with two tries in a Player of the Match display.

Holly Aitchison and Hannah Casey keep their places in the midfield, with captain Lotte Clapp, Rachel Laqeretabua and Sarah McKenna in the back-three.

On the bench Hannah Botterman returns to the squad for the first time this season, and Alysha Corrigan also returns to cover the back-line.

Packer is thrilled to be reaching her 50th appearance, but the importance of the match is not forgotten by the flanker.

“I’m really excited about the weekend, this is a very different Worcester side to where I first ever ran out in a Saracens shirt so to do it again on my 50th is really fitting and it is going to be a very tough, physical encounter.”