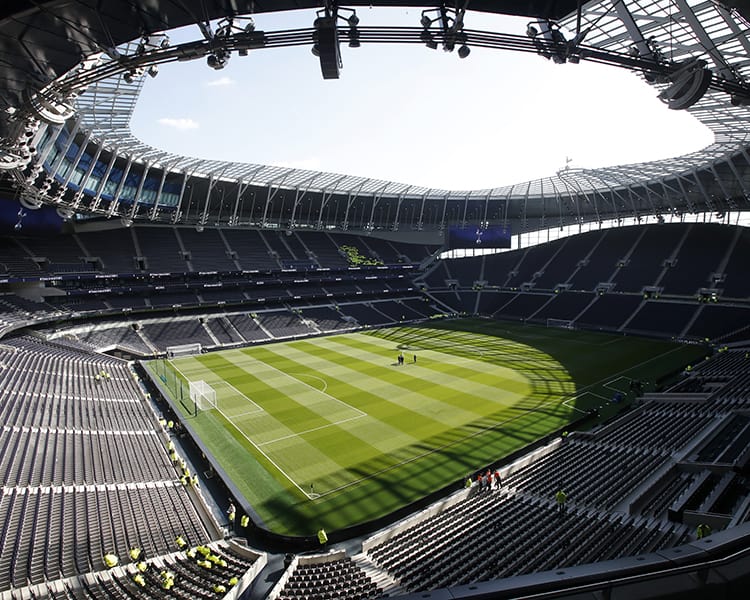 The Showdown to be shown on Channel 5

Saracens’ match against Harlequins on Saturday 28th March (KO 15H00) will be shown live on Channel 5.

The Tottenham Hotspur Stadium will be the 39th venue for a Gallagher Premiership fixture as Sarries kick-off their five-year deal to play The Showdown at the home of Spurs.

Tickets for the match are proving popular with over 75% of the stadium sold a month before the game.

Get your tickets to The Showdown!

Caj Sohal, Head of Sport for Channel 5, said: “We’re bringing another four fantastic matches to fans as this close season continues to excite every round. All the matches are must-see fixtures and it is particularly exciting to be broadcasting Premiership Rugby’s first trip to the Tottenham Hotspur Stadium as well as covering a fan favourite with The Clash at Twickenham.”

Mark Brittain, Chief Commercial Officer of Premiership Rugby, said: “The next rounds of Gallagher Premiership Rugby to be broadcast on Channel 5 are four must-see fixtures that will showcase not only the battle for the top of the table but our 39th Premiership Rugby venue in Tottenham Hotspur Stadium. Our last fixture on Channel 5 – Big Game 12 in December when Harlequins faced Leicester – drew an audience of over half a million viewers and we expect these matches to prove equally popular with fans.”

All four matches will be broadcast live on Channel 5 and BT Sport. David Flatman and Mark Durden-Smith present weekly highlights every Monday on Channel 5.