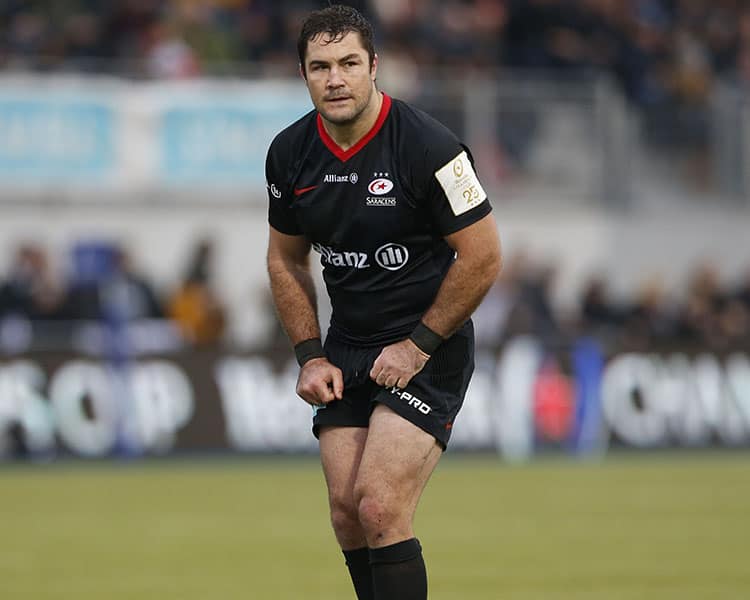 This club has been my family for 12 years – Barritt

Saturday’s match against Munster will be a landmark day for captain Brad Barritt.

After almost 12 years at Saracens, the 33-year-old will make his 250th club appearance when the Men in Black head to Thomond Park in the Heineken Champions Cup.

Joining from Super Rugby side the Sharks in 2008, Barritt debuted for Sarries against Gloucester in the Premiership and has been the cornerstone of the Wolfpack defence ever since.

“This club has been more than a rugby club; it’s been my family for 12 years.”

During his time in north London, the South African-born centre has been capped by England 26 times and featured on the British & Irish Lions tour of Australia in 2013.

He was part of the Saracens squad that clinched its first Premiership title in 2010/11, winning a further four domestic trophies, and helped Mark McCall’s side to three European titles, becoming only the second skipper to lift the blue-riband tournament’s trophy on three occasions in May 2018.

Barritt has been a great club ambassador for over a decade and everyone would like to congratulate on his latest milestone!

“This club has been more than a rugby club; it’s been my family for 12 years,” Barritt said.

“I came here as a 20-year-old kid from South Africa, I’ve been away from my immediate family for the whole period and this club has turned me from a boy into a man both on and off the pitch.

“It’s allowed me to scale the heights of what I’ve achieved at Saracens; I’m hugely proud and honoured to have represented England over a five or six-year period and I’ve been on a Lions tour.

“I owe so much to this club for making me the player I am but also making me the man I am. That’s testament to the Wray family, the coaches, the staff and the players I’ve played with in that period.

“You pick up so many great memories and that’s what has made this place truly special. I’ve been blessed to have been a part of the journey from the beginning and this weekend is just another incredible opportunity to make another memory.”