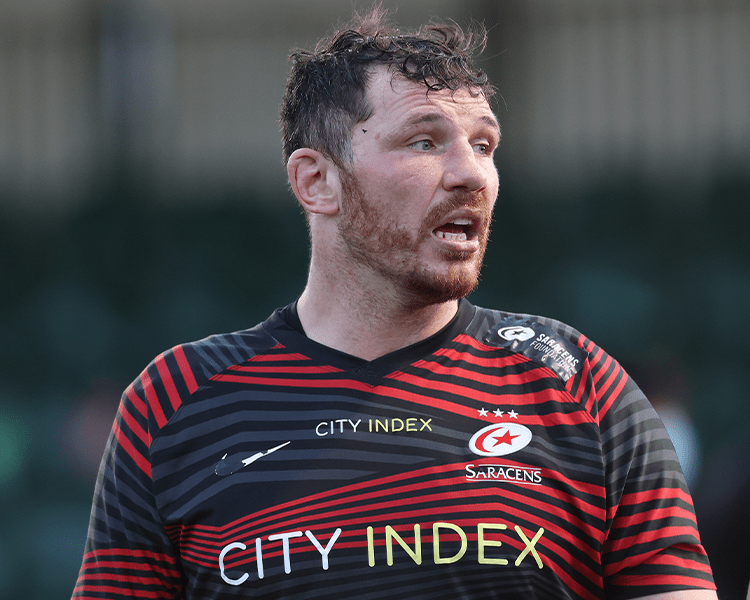 Tim Swinson to stay at Saracens for 21/22 campaign

Saracens is delighted to confirm that Tim Swinson has signed a contract extension, keeping him at the club until the end of the 2021/22 season.

The 34-year-old, who originally came out of retirement for the 20/21 campaign was an enormous success in the Championship winning season which saw him win the Players’ Player of the Season Award.

He played in 10 matches en route to promotion which included a Man of the Match Award in the first-leg of the play-off, taking his Saracens appearances up to 17.

The second-rower has a wealth of experience which includes 38 Scotland caps, 136 appearances and a Pro12 Title with Glasgow Warriors, as well as over 100 appearances for his first club Newcastle Falcons.

Swinson, who has become an integral part of the squad is delighted to be staying for another year.

“I am really happy to stay here for another year and am looking forward to being part of the squad back in the Premiership.”

Director of Rugby Mark McCall says Swinson will continue to play a big part for the Men in Black.

“Tim is an outstanding professional and is highly respected by everyone at the club. He has made a huge impact on and off the field since his arrival and we are thrilled he has extended his stay with us for another season.”