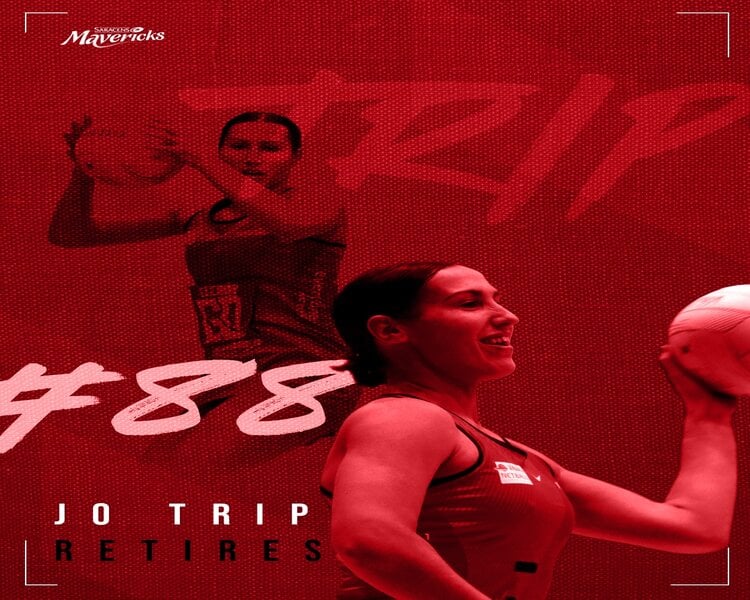 After a successful elite career that has spanned over a decade, Jo Trip will be retiring from netball at the end of this season. A stalwart of the Mavericks defensive unit, Jo’s retirement will leave some big shoes to fill.

She started her elite netball career in her native New Zealand, where she had spent four seasons playing for Tactix and two at Magic. She also represented New Zealand U21 level and NZA. Jo then made the move to the VNSL and spent two seasons at Loughborough Lightning before moving to Surrey Storm in 2018. A year later, ahead of the 2019 season, she found her home at Saracens Mavericks, where she has been an integral member of the VNSL squad and active part of the wider Mavericks family.

A leader on and off the court, Jo has always represented Mavericks wholeheartedly and although it is sad to see her go, her time at Mavericks is something to be proud of. Jo retires from the game with the respect and admiration of players, staff and fans across the league.

Of her retirement, Jo said “After 12 seasons playing at the top level, it has come time for me to hang up my shoes and step away from the netball court. This decision hasn’t been an easy one but it’s time for me to explore life outside netball and see what it holds.

I would like to sincerely thank my friends and family, the coaches, management, support staff, teammates and fans that have supported me throughout my career both in New Zealand and in the U.K. It has been one full of many challenges; highs and lows; laughter and tears and I am so grateful to be leaving with some great memories and great friendships!”

Saracens Mavericks Director of Netball, Kat Ratnapala adds “Jo has been a huge part of our franchise and will be massively missed by players, staff and fans alike. She built relationships and friendships to last a lifetime and I’m so pleased we were a part of her journey and memories”.

Congratulations Jo on an outstanding career and wishing you all the best for the future, wherever it may take you.