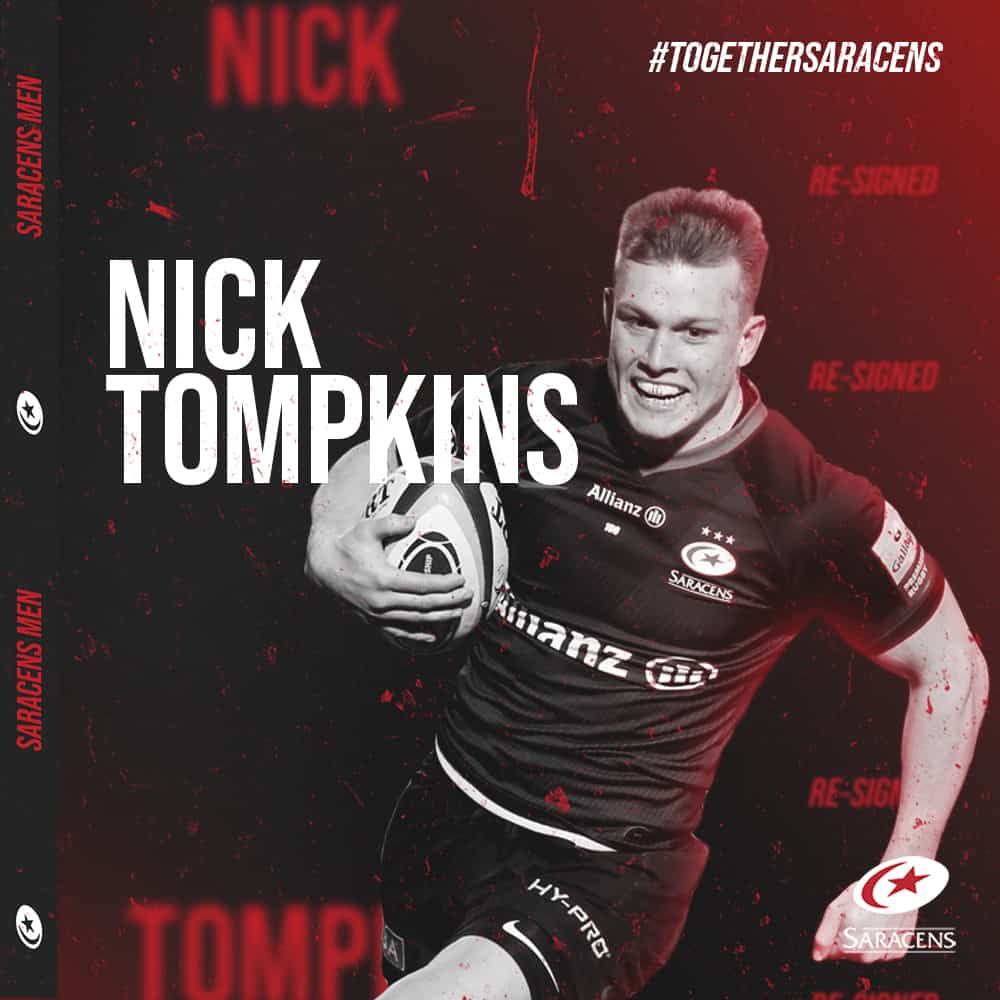 Saracens is thrilled to announce that Nick Tompkins’ long-term future remains with the club.

We can now reveal that the centre, who signed his new deal back in December, has agreed to spend next season on loan with Dragons Rugby before returning to the Saracens family.

“I love this place, it’s my home. I wanted to sign my future here and make sure I can be here long-term.”

The 25-year-old’s affiliation with Sarries dates all the way back to 2008 when he would attend rugby camps held by the club before he joined the Academy in 2012.

He made his debut for the Men in Black that same year in the LV= Cup against Leicester Tigers and a Premiership debut followed in 2014 against the same opposition.

Tompkins played in every single Premiership fixture in the 2018/19 season, contributing 11 tries in what was a tremendous defence of the title.

And he also proved just as important in Europe that season, scoring key tries against Lyon and Glasgow Warriors as Sarries went on to earn a third Champions Cup triumph.

His excellent form in the first half of the 2019/20 season earned Tompkins an international call-up with Wales for the 2020 Six Nations, during which he scored his first try on debut.

And with so many friendships and memories already made, Tompkins insists it was crucial he was able to commit for the future.

“I love this place, it’s my home. I wanted to sign my future here and make sure I can be here long-term,” said Tompkins, who has made 118 appearances for the club.

“It’s going to be a fantastic year next year for the boys, I know they are going to be brilliant. I will be there for every single one of them.”

Director of Rugby Mark McCall said: “We are thrilled that Nick has confirmed his long-term commitment to stay at the club.

“As a youngster in our Academy it was clear that Nick was a player of real potential and we have enjoyed watching him grow and develop both on the field and as a young man.

“As a club we are delighted that Nick has chosen to continue to realise his potential with Saracens.”