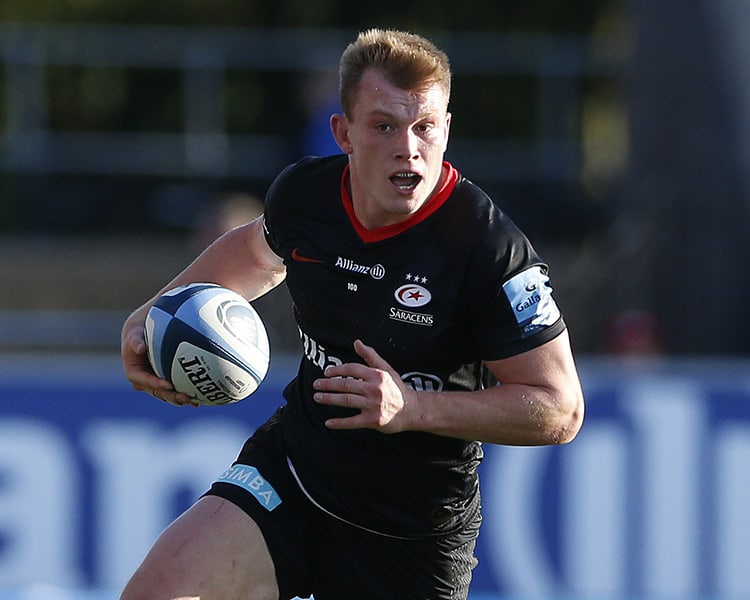 The Saracens centre has been named in Wayne Pivac’s Wales squad for the Six Nations.

A World Rugby U20 Championship winner with England in 2014, Tompkins qualifies for Wales through his grandmother Enid who was born in Wrexham in 1933.

Tompkins won the World Rugby U20 Championship with England in 2014.

He is the latest Academy player to earn international recognition having come through the system to play over 100 games for the Men in Black.

Tompkins is joined in the squad by fellow Saracens Rhys Carre and Liam Williams.

Prop Carre made his international debut before the 2019 Rugby World Cup and featured heavily at the tournament in Japan as Wales reached the semi-finals.

Currently sidelined due to an ankle injury, Williams had a stellar year with Wales last term and will hope to return to fitness to help his country retain their tournament crown.