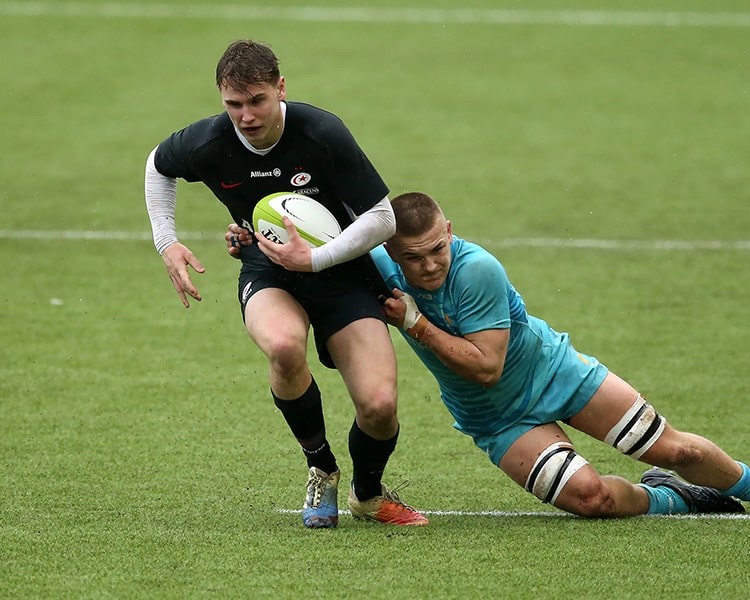 Saracens Under-18s ended the U18 Academy League campaign fourth out of 14 teams following defeat to Worcester Warriors on Finals Day.

The youngsters in Black reached the event at Sixways after finishing second in the Southern Conference courtesy of four wins and two defeats.

Worcester had matched that record on the Northern side of the draw and took an early lead when centre Harry Spencer went over.

Wing Francis Moore, who was impressive throughout, replied for Sarries in the 10th minute but fly-half Fin Smith nudged the Warriors back ahead with seven points.

Sarries replacement Terrell Harry burrowed over just before the break to reduce the gap which Smith lengthened once more with a penalty.

Spencer completed his hat-trick in the second half either side of a Wilson Ijeh score and although Saracens battled, Warriors kept them at bay to secure victory.

Saracens Academy Coach James Tirrell admitted Worcester were the deserved winners on the day, but praised the efforts of his young team.

“Some of our young guns did really well out there but as a group they have fought hard over the year and we’ve had some great moments. They should be proud but it didn’t happen for us today,” said Tirrell.

“The group will change but the under-17s will need to learn from this through self-reflection and working hard on their own individual skills so come next year we can be in a better place.”