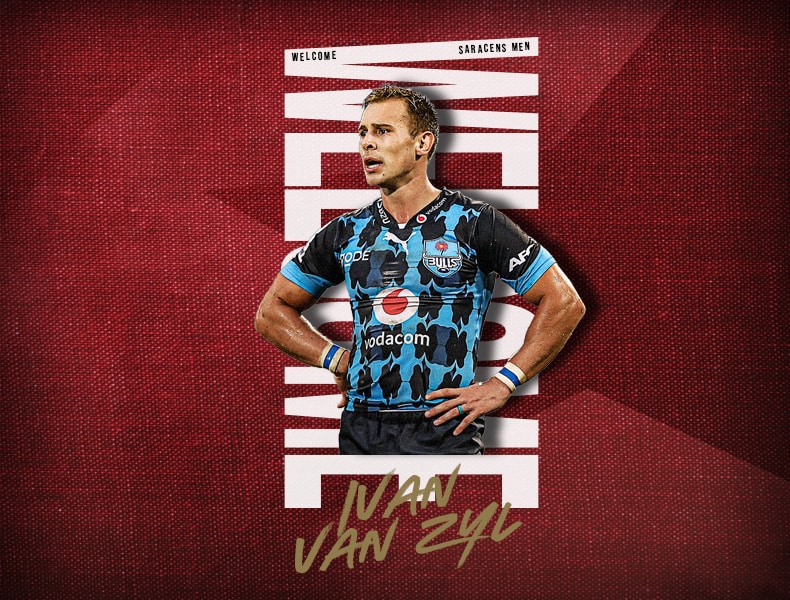 Van Zyl to become a Saracen

Saracens is delighted to announce scrum-half Ivan van Zyl will join the club from the Bulls ahead of the 2021/22 season.

The 25-year-old is a full South Africa international and has signed a two-year deal with the Men in Black.

A Super Rugby debutant in 2016, van Zyl first represented the Blue Bulls in his early teens and progressed through to the franchise’s Academy after finishing high school.

“It’s a massive honour to know I can join up and be a part of the Saracens family.”

His performances for the Blue Bulls Academy earned him a spot in the 2015 South Africa Under-20s squad and he appeared in two World Rugby U20 Championships before three years later winning his first Springbok cap.

Van Zyl’s Test debut came against Wales in the summer of 2018 and he went on to play a further four times for his country.

In 2020, the Pretoria-born nine helped the Bulls to the inaugural Super Rugby Unlocked title, sniping to score against the Pumas to secure the triumph.

“You get some clubs in world rugby that are prestigious and set the bar and tone in most aspects – I believe Saracens are one of those clubs.

“Whenever you look at Saracens from the outside, you sort of get jealous so it’s a massive honour to know I can join up and be a part of the Saracens family.”

Director of Rugby Mark McCall said: “We are thrilled that Ivan has agreed to join our club.

“At 25-years-old he has huge potential for growth and his recent form when guiding the Bulls to their Currie Cup triumph was outstanding.

“Ivan has all the qualities we prize in a scrum-half and we are excited to help him take his game to new levels in the years ahead.”