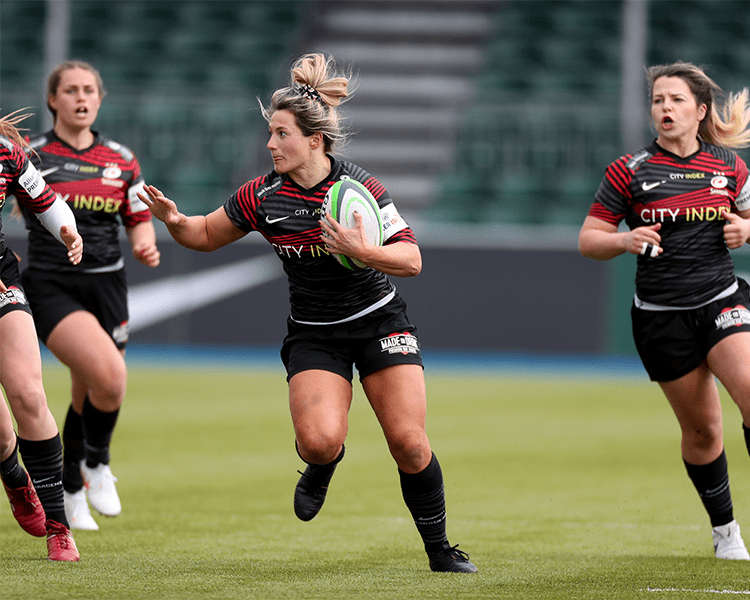 Vicky Fleetwood to stay at Saracens

Saracens can today reveal that Vicky Fleetwood has become the latest player to sign a new contract with the club.

The 31-year-old has a wealth of experience at both club and international level, and is another significant signal of intent for the North Londoners.

Fleetwood has 79 England caps after making her debut a decade ago, and those caps include two World Cup Finals, one of those victorious in 2014.

The flanker originally joined Sarries in 2014 and featured heavily in the back-to-back titles of 2018 and 2019, with 48 appearances to her name.

She has also represented England 7s in the Commonwealth Games, returning home from the Gold Coast with a Bronze Medal in 2018.

Fleetwood is excited to have another year at StoneX Stadium.

‘I’m really looking forward to the coming season with Sarries. We fell short at the final hurdle last season and that hurt, we’ll build on that and be better.

“It’s a huge year for women’s rugby and we’ll all be looking to put our best foot forward in what is set to be an even more competitive league. It’s time to get back to business.”

Head Coach Alex Austerberry says Fleetwood is a crucial member of the group.

“Vicky has been here for a long time so we are excited that she is staying. Having her athleticism and work rate makes her stand out in any group, and gives us an extra dimension on the pitch.”