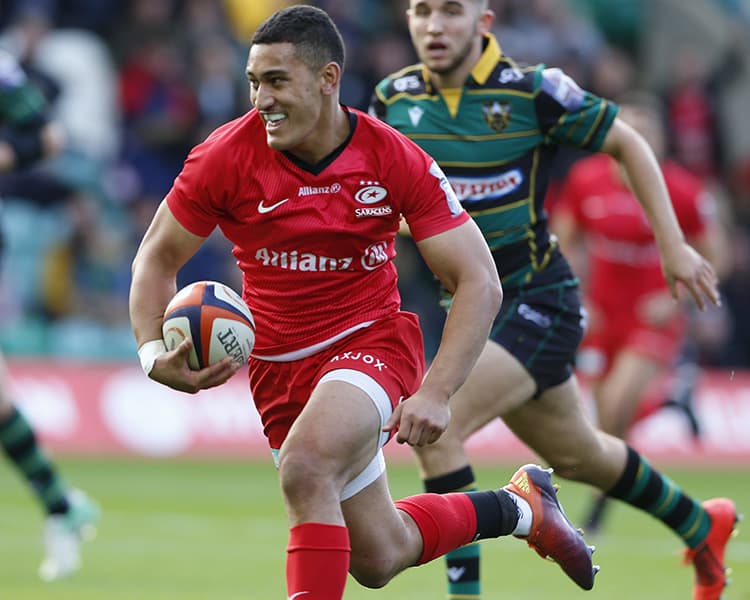 Vunipola up for Breakthrough Player award

Manu Vunipola has been nominated for the Premiership Rugby Cup Breakthrough Player award.

The Saracens Academy fly-half joins teammate Sean Reffell on the shortlist after excelling performance in Round 3 at Northampton Saints.

Using OPTA match statistics, a forward and back from each round, along with two players with outstanding overall competition statistics, will form a ten-man shortlist, which will be submitted to a fan vote.

Vunipola crossed for an excellent individual try at Franklin’s Gardens, selling a dummy before running in under the sticks and was successful with all of his place kicks (4/4).

In total, he gained 50 metres, made four clean breaks, beat six defenders and was also on top in defence making 12 tackles.

The 19-year-old has been to the list consisting of Sarries’ Sean Reffell, Aaron Hinkley of Gloucester Rugby, Harlequins’ Gabriel Ibitoye, Tommy Reffell of Leicester Tigers and Worcester Warriors’ Ollie Lawrence.