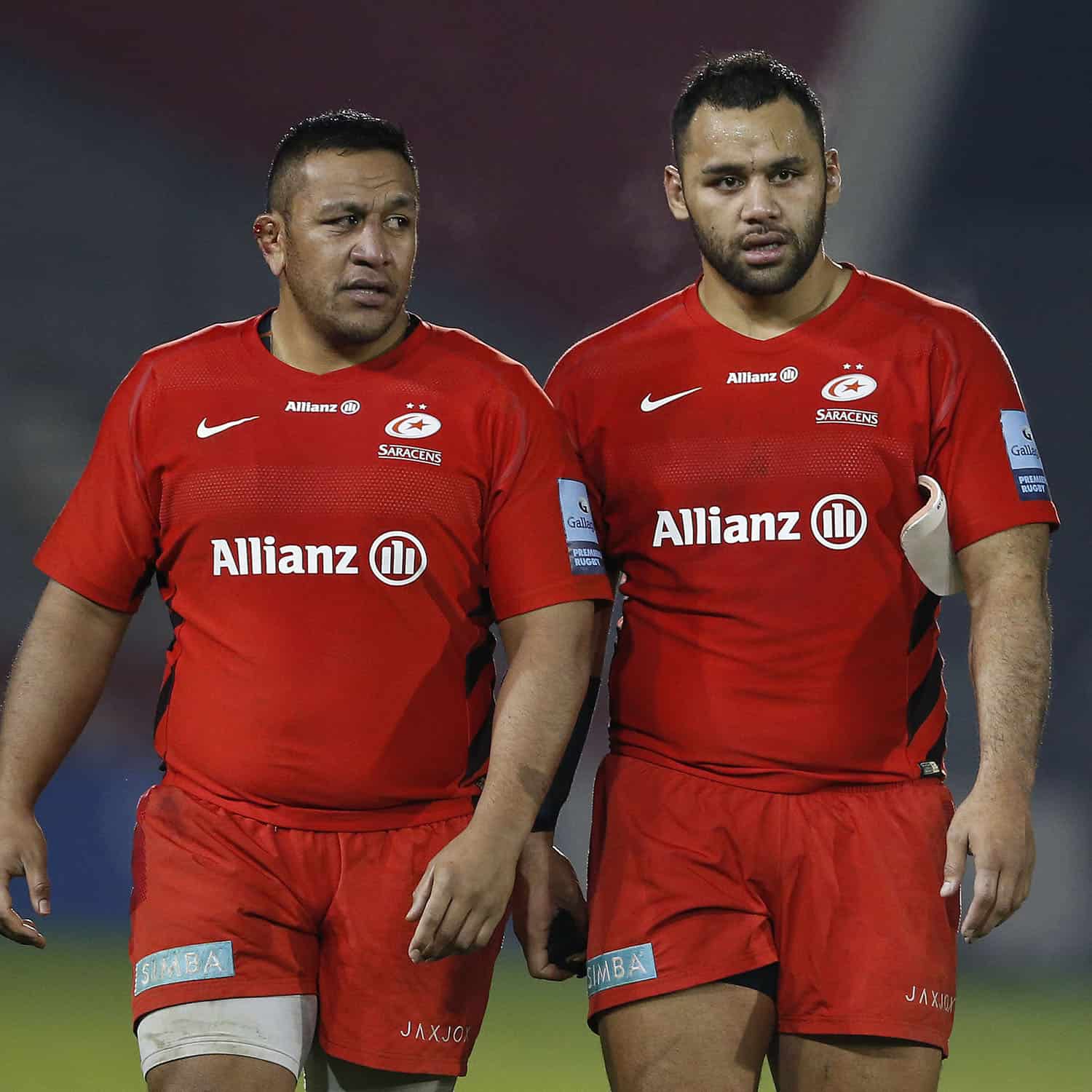 Saracens is delighted to announce Mako and Billy Vunipola have extended their contracts until 2022.

The duo become the latest squad players to commit their future to the club after Brad Barritt, Juan Figallo, Vincent Koch, George Kruis and Duncan Taylor all penned new deals earlier in the summer.

England Player of the Year Mako joined Sarries from Bristol in 2011 with Billy following in his brother’s footsteps two years later.

The influential pair have played a major part in the club’s recent success, winning three Premiership titles and back-to-back European Cups since 2014.

With 144 and 85 Men in Black appearances to their name respectively, Mako and Billy are both excited to create more memories in north London.

“It’s pleasing to get the opportunity to play here at a great club where I’ve spent most of my adult years,” Mako said.

“We’re very lucky to have a family environment and we take it for granted sometimes. We’re very lucky a lot of us have grown up together and genuinely consider each other family. You can see that on the field but off it we love each other’s company; it’s a bit cringe sometimes but for me that’s what makes this club so strong.”

Billy added: “I’m very happy to be staying here. It was a straightforward decision; it was always about how I enjoyed being around the club and the boys.

“I’m looking forward to growing as a group and growing friendships I already have. A lot of the boys who have been here for a long time have already re-signed like Brad, Kruiso and Duncan – the coaches too. I can’t wait for the group to grow more and it’s something that excites me.”

Saracens Director of Rugby Mark McCall commented: “Mako and Billy have both made outstanding contributions to Saracens over a number of years.

“They’ve played a very significant role in the development of the group both on and off the field and naturally we’re thrilled they’ve committed their future to the club for another four years.”