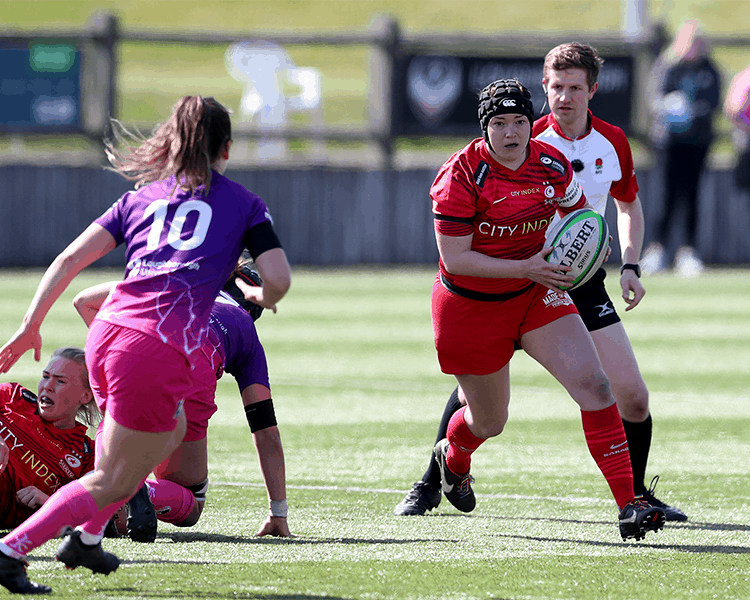 Saracens can today reveal that three more players have extended their contracts to remain at the club for the 2021/22 season.

Cara Wardle, Fiona McIntosh and Sarah Bebbington are all staying at StoneX Stadium for another year as crucial members of the squad.

Wardle, a centre who has represented England at Under 20 level started playing rugby at the age of six, and her quality showed as she made her debut for the club at the age of just 17 during the 2017/18 title-winning season.

“I’m really excited to be staying with the club that’s been my home for the past four seasons. I can’t wait to hit the ground running with this talented group for a big season ahead!” Said the back.

McIntosh signed from Richmond last year and is a player with an exciting future ahead. The second-rower has played for England Under 20s, and will be hoping that her performances for Saracens can push her towards the Red Roses squad.

“Joining Saracens last year has massively improved my game. I’m very excited for the year ahead, getting back on pitch and hopefully bringing home the title!” The lock added.

Bebbington, a versatile player who can feature across the back-row or in the centre originally joined the club in 2010 and has used the development league as a platform to the first team. She came off the bench in the 2018/19 Premier 15s Final against Harlequins which saw the Women in Black secure their second consecutive title.

“I’m super excited about another season at Saracens. It really is a privilege to pull on the shirt with such an amazing group of women.” Said Bebbington as attention turns to the opener against Wasps next weekend.