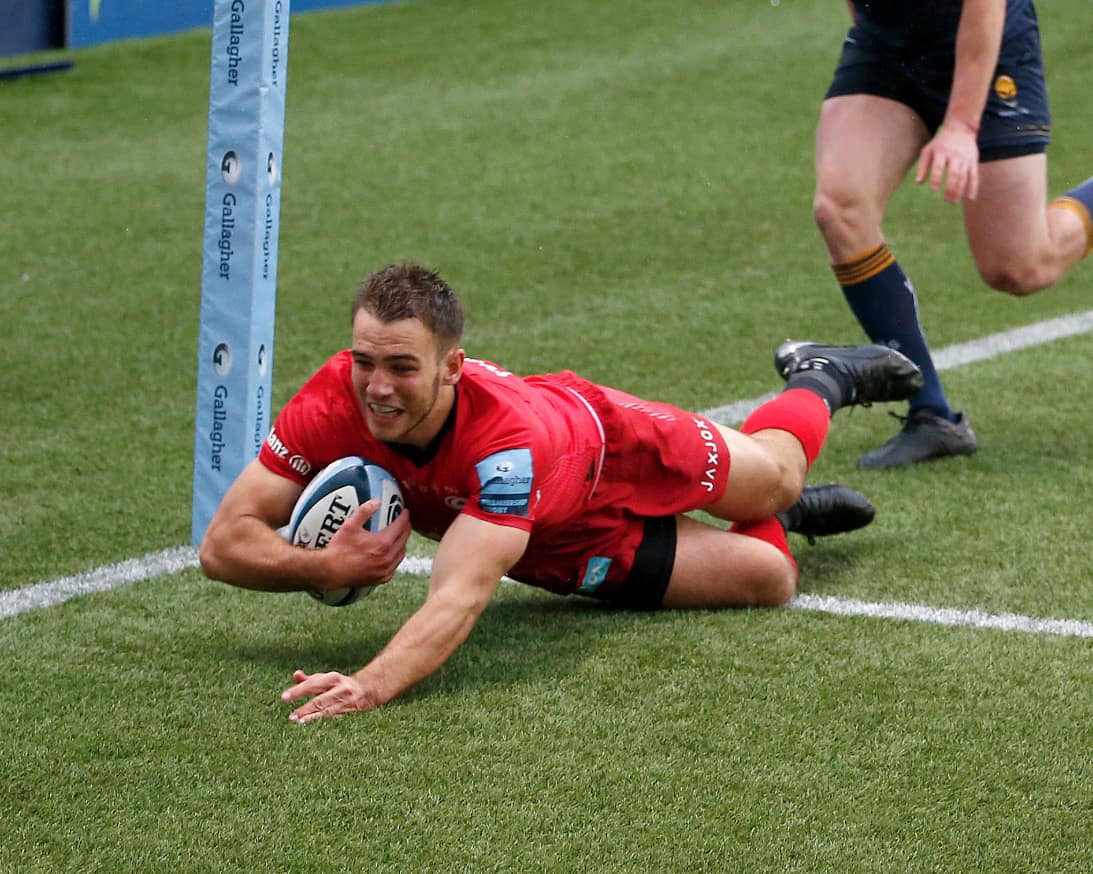 Charlie Watson was ecstatic to make his first Gallagher Premiership start against Worcester Warriors and marked the occasion with two tries.

The Academy centre had appeared for Saracens four times prior to his run out at Sixways and scored the Men in Black’s opener, sliding in under the sticks after collecting Juan Pablo Socino’s deft pass.

He went over again moments later, this time collecting a Rotimi Segun offload before rounding Francois Hougaard to cross in the corner.

Watson was thrilled to take the senior stage alongside teammates he has grown up with in the Academy.

“I really enjoyed it,” he said.

“It was great to get out there especially with boys who I have grown up with such as Boon, Jon, Ethan, Ollie and even Manu from the start.

“There are a lot of positives to take and I’m grateful to have played with this group.”

“It was a great feeling to score twice but it wasn’t my hard work! Juan was awesome on the inside and then Roti threw a bit magic which I was happy to be on the end of.

“Worcester are a big, physical side but I thought the boys fronted up really well. Credit to them, they got the job done but there are a lot of positives to take and I’m grateful to have played with this group.”

Watson will now head back to Cambridge University for his second year as a Natural Sciences student.

He does have one eye on more opportunities to play for Saracens and says any chance to play for the club is special.

“I’m looking forward to going back to University now; it’s a good way to sign off the season.

“I’m happy and excited to throw myself into the Championship if I’m given the opportunity. As an Academy group, we get to train with some unbelievable players and we are all really excited by the future.