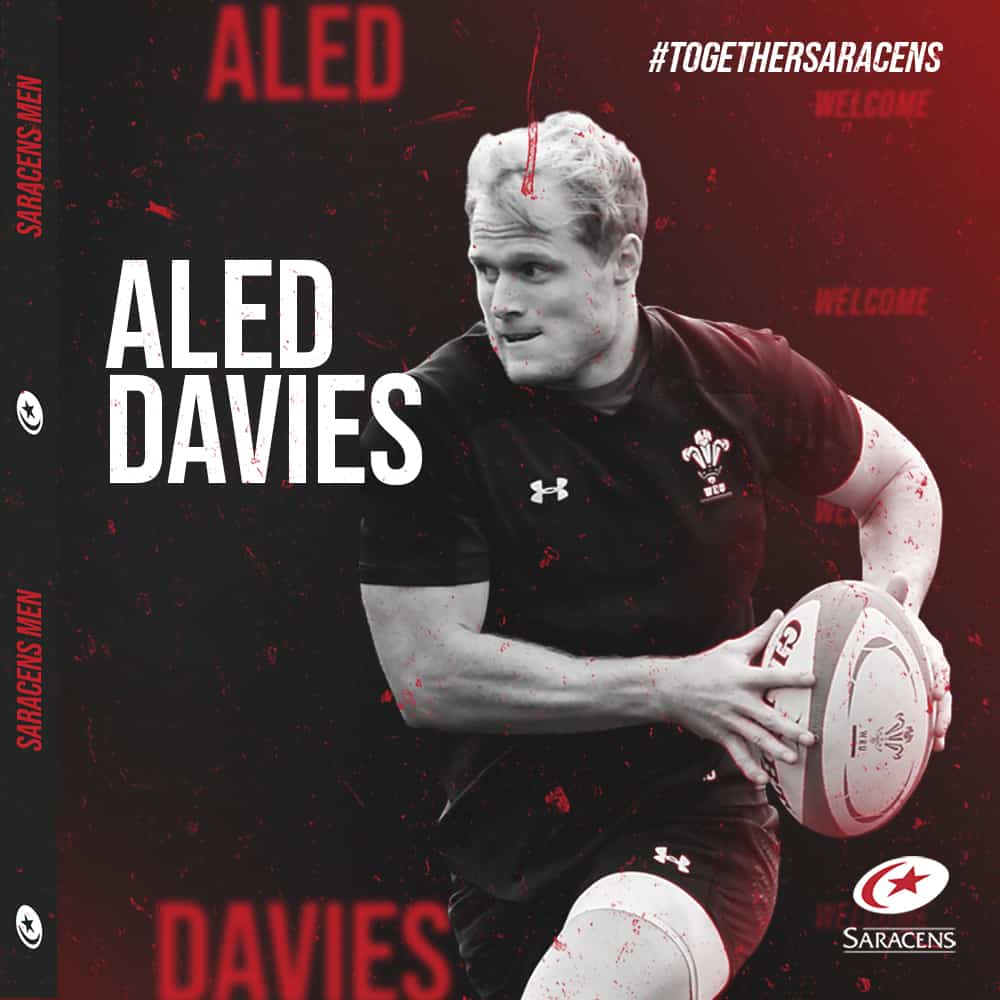 Saracens is pleased to welcome Welsh international scrum-half Aled Davies to the club.

The 27-year-old will join the Men in Black from Ospreys and has signed a three-year deal which will keep him in north London until 2023.

“It’s a massive honour to come here and I can’t wait to get started.”

Davies was capped by Wales at Under-16 and Under-18 level and made his professional debut for Scarlets in the 2009/10 season, going on to make 120 appearances for the region before joining Ospreys in 2018.

The first of Davies’ 20 Wales caps came in 2017 on their summer tour to New Zealand when he came off the bench against Tonga, before starting in a win against Samoa a week later.

He also featured in four of the five Six Nations fixtures during Wales’ 2019 Grand Slam campaign including a start in the win over Italy in Rome.

And he will certainly be familiar to Sarries players, coaches and fans having played in both Champions Cup fixtures between the club and Ospreys this season.

“It’s a great opportunity for me at a massive club,” he said. “It’s a massive honour to come here and I can’t wait to get started.

“It seems like there is a good team and family ethos around the club which is very attractive for me and my family.

“I’m looking forward to putting my stamp on things and making an impact, hopefully.”

Director of Rugby Mark McCall said: “Aled is an experienced, talented player and we are delighted to welcome both him and his family to Saracens.

“He is driven to take his game to new levels and we are excited he has chosen to do that at Saracens.”