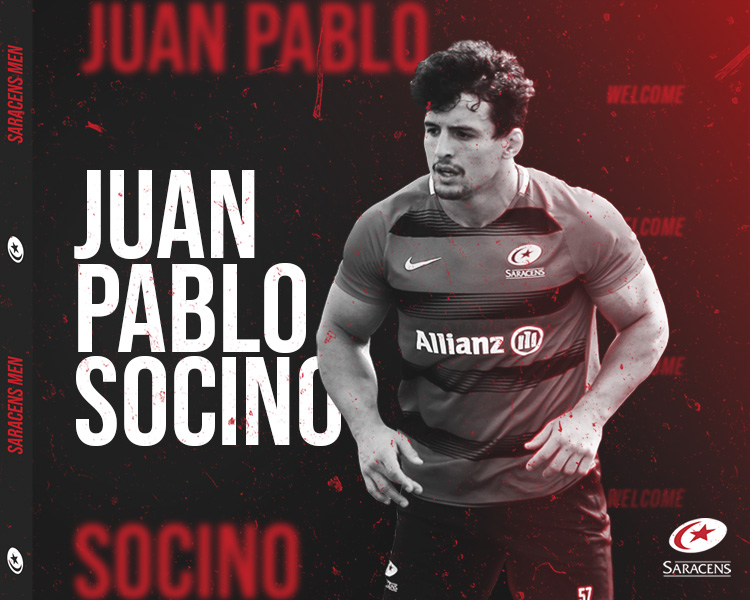 Saracens is pleased to announce the signing of experienced Argentinian Juan Pablo Socino.

The 32-year-old was most recently with Club de Rugby El Salvador and has signed a one-year contract at Allianz Park.

Adept at fly-half or centre, Socino has plenty of Championship knowledge having played over 100 games in the division for Rotherham Titans and Nottingham Rugby.

“To be joining such as a successful club is huge for me and my family.”

He featured 75 times in the Premiership in four years with Newcastle Falcons, aiding their run at the play-offs in the 2017/18 campaign and has also spent time at US Dax and Edinburgh Rugby.

Socino has four Argentina caps, two of which were earned at the 2015 Rugby World Cup, and is grateful of the chance to return to England with Saracens.

“I was in Spain so for an opportunity to come like this it was huge,” he said.

“To be joining such as a successful club is huge for me and my family.”

Director of Rugby Mark McCall said: “Juan Pablo is a hugely experienced player and will have a significant role to play in the exciting challenge ahead.

“We have been impressed with his desire and motivation to make the most of this opportunity and have no doubt he will have a positive influence on some of our younger players.”