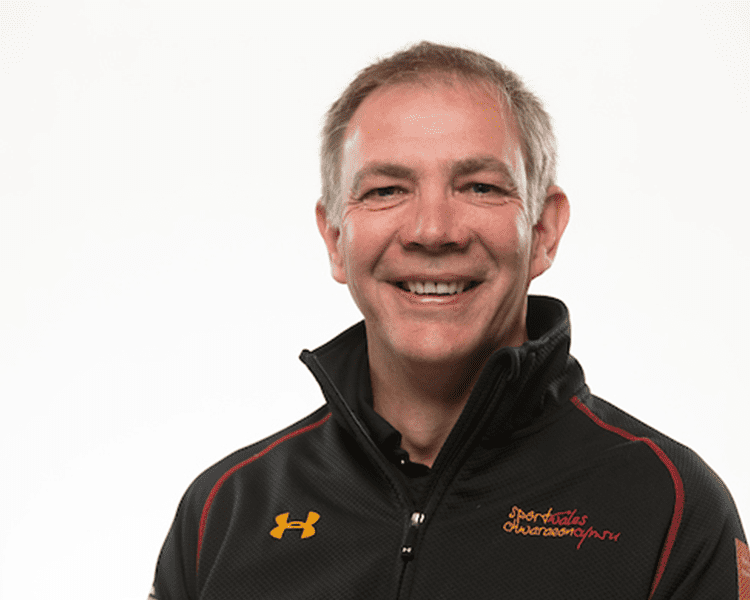 Where Are They Now | Brian Davies

There is no prouder Welshman than Brian Davies, but he thanks his lucky stars he shed his coat of insularity at Saracens.

The current interim CEO at Sport Wales, Davies spent six seasons at Sarries, four of them as captain, and did a good enough job at scrum half to be included in the amateur club’s Hall of Fame after heading home to the Principality. He has risen through the ranks of sports administration in his homeland to become one of the highest-ranking, and most influential, figureheads. He earned an OBE for his work as team manager of Team Wales at the 2014 Commonwealth Games and was recently honoured with the presidency of his home town club, Barry RFC. But he freely admits that it was while playing at Saracens between 1990-96 at their former home venue at Bramley Road, in Southgate, that his horizons were both broadened and bettered. “Joining Saracens was one of the best things I ever did in my life and it made me the person I am today. Breaking out of Wales, and playing at Sarries, enabled me to understand what a truly universal sport rugby union is,” said Davies. “I’m a Welsh speaking Welshman who is fiercely proud of my country, but we can be a bit insular. Thanks to my time at Bramley Road, I have a huge number of English friends for life. “That’s what Saracens was all about to me – fun, friendship and making the most of yourself. We were always a backs to the wall club in my time, low on resources, but high on drive and desire.” Having left Swansea University with a degree in management science, Davies took a job working for Ford as a graduate trainee in Brentwood. He was living in Southend and was invited by another ex-pat, Barry boy, Gerry Lamb, to try his luck at the local rugby club. “We played against the Saracens 2nd XV and the day afterwards I got a call from the club asking me to join. There were a few others from the area who travelled to play and train, so we became dubbed the ‘Southend Boys’,” said Davies. “My first game for the club was on tour in the USA, where we played in a tournament in Boston. Not a bad way to start. “Floyd Steadman had just retired and so the club were on the look-out for a scrum half. I’m just glad I fitted the bill for them – I stayed until Kyran Bracken arrived!” In his four seasons as captain, he took the team back up into the top-flight of the then Courage Leagues as champions and remembers some great occasions, such as beating Leicester in their pomp. He must have liked it because, after work took him back to Wales, he then made the 200-mile round trip three times a week for training and matches. “It was a very friendly club in which it was very easy to fit in. It attracted players from a wide range and made everyone feel as important as each other,” he added. “I may have been the 1st XV captain, but I had to fight for a parking space along with every other member of the lower-level teams who were playing every weekend. We all mixed together in that great clubhouse and lifelong friendships were forged over a beer and a song. “In my final few years at the club I had Mark Langley and Tony Copsey for company on the journeys up to training. We’d leave Cardiff at around 4.00pm to get to training for 7.00pm and then arrive home around midnight.” Those were in the grand old days of amateurism and Davies got an up close and personal view of what was going to happen as a result of the game being declared ‘open’ in the wake of the 1995 World Cup when he attended the Sarries committee meeting at which Nigel Wray came on board. “That meeting introduced Nigel and he came on board properly the next season after the RFU  moratorium on professionalism ended,” recalled Davies. “Shortly after that we went to play a game at Fylde and stayed over in Blackpool. Mark Evans, who was on the coaching team, asked us over a few drinks that night what players around the world we thought could make a difference too Saracens. “We talked about getting players to fit into the spine of the team – hooker, prop, No 8, outside half, centre and full back. Looking back, it was obviously a fishing exercise because he knew more than we did about what Nigel wanted to do. “We all know what happened next and we all know what Nigel has done for the club. The most important aspect for me is that he maintained the culture and respected the history. “I’m still very proud of Saracens and of Nigel Wray. He has been nothing but a force for good at the club that changed my life and remains very close to my heart.”