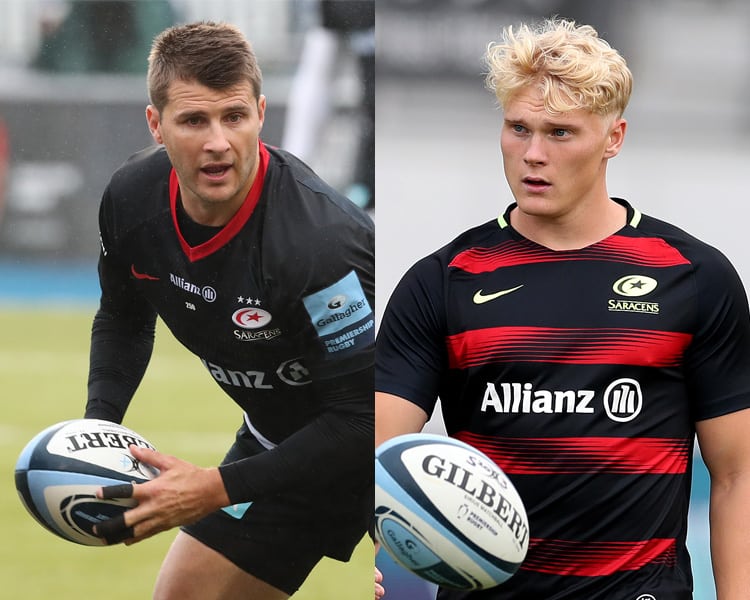 Richard Wigglesworth has been awarded the RPA Special Merit Award at the 2020 RPA Awards.

The award honours a person in rugby who has made a significant impact on the game in the England and is voted for by the RPA Players’ board.

Outgoing Saracens scrum-half Wigglesworth is the all-time Premiership appearance holder and made his senior debut for Sale Sharks 18 years ago before going on to represent England 33 times.

He signed off his time in north London by playing his 250th match for the Men in Black on the last day of the season and notes the club’s three European Cup triumphs as his career highlights.

Wigglesworth has enjoyed an 18-year career to date, making 250 appearances for Saracens.

Wigglesworth plans to ply his trade elsewhere next season but does have an eye on life after rugby.

“There was probably three or four days where I was an emotional wreck having to listen to all the nice things being said about me!” he said of his last days as a Sarrie.

“The European trophies are my highlights. They were hard to come by for us for a long time in terms of losing finals and semi-finals. We got over the line 2016 against Racing, backed it up the year after and then beat Leinster last year. In each one of them we played our best rugby so I think those three moments stand out for me.”

The 37-year-old continued: “I’ve spent plenty of time thinking about what I’m going to afterwards. I’ve spent the past five years coaching on side whilst I’ve been playing. I started at Harrow School, then did stuff with Oxford University and Ealing the past couple of years. I went to the World Cup with Canada and was lucky enough to get a bit of time off to do that.

“I want to give coaching a crack. I love the game, I love the sport and I can’t imagine my life without it so I’d love to help after I’m done.”

The winger played 26 times for his country in the 2019/20 season, scoring nine tries before joining Sarries in the summer.

“It means so much to me. I didn’t believe it at first!” he said.

“After the turbulent year we’ve gone with through with the Sevens, to get something like this is incredible. It means a lot to me my teammates choice me as well because their opinion of me means the most and that’s the most rewarding thing.

“This year I’ve had a lot of opportunities to play and I was just fortunate to play in every tournament.”