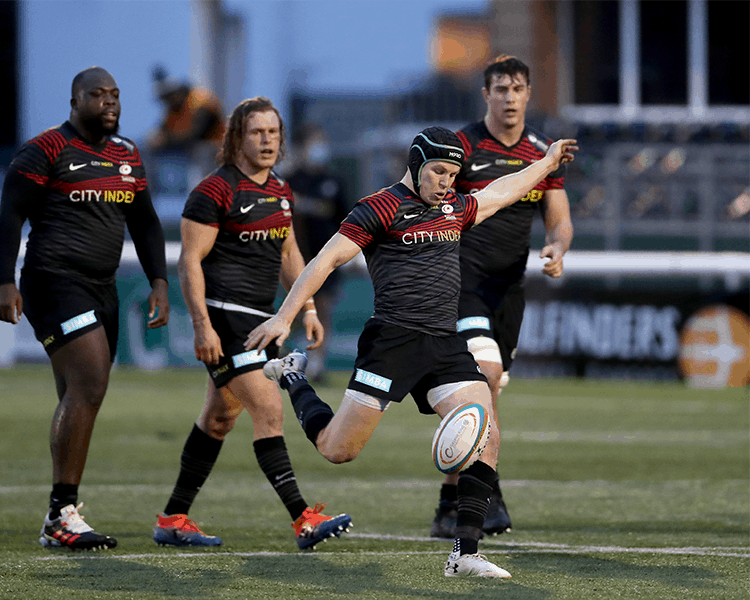 Will Hooley to leave Saracens at end of season

Saracens can today confirm that Will Hooley will leave the club at the end of the season.

The fly-half joined the Men in Black from Bedford Blues, and has featured on nine occasions across the Gallagher Premiership and the current Greene King IPA Championship campaign.

The USA international, who has 15 caps to his name represented his country in the 2019 Rugby World Cup and is also in their squad for the upcoming summer internationals which includes a fixture against England at Twickenham.

Hooley has played at both fly-half and full-back for Sarries over the last two seasons, and has made a strong impact from the tee with his goal-kicking a major asset to the side.

Off the pitch, his newly established podcast ‘The Next Game’ features a number of well-known Saracens guests and is becoming a favourite amongst supporters at StoneX Stadium.

Hooley says his time at Saracens will live long in the memory.

“From day one I’ve felt very welcomed and have really enjoyed being around the lads who have benefited hugely on and off the pitch.”

He added: “Saracens is a brilliant club and my time here has been very rewarding. I’m proud to have played a part and just want to say a massive thanks to everyone, and wish them all the best for the future.”

Director of Rugby Mark McCall praised Hooley for his impact at the club.

“Will is a great guy who will be missed around the squad. His knowledge of the Championship has been invaluable to us and he has been a key figure for us this year.”

“We will definitely be staying in touch and hope his next move is a successful one.”