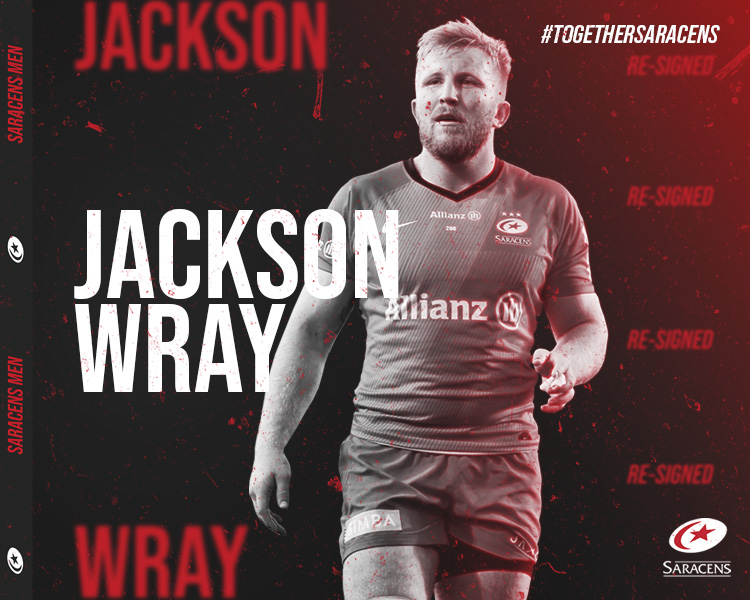 The 29-year-old has signed a new three-year contract and will remain at Allianz Park until at least the summer of 2023.

An Academy graduate who was part of the Class of 2008 alongside Owen Farrell, Jamie George, George Kruis and Will Fraser, Wray’s immense contribution for over a decade has helped Sarries achieve domestic and European success on multiple occasions.

“I love this club and I’m really pleased to have re-signed for the next three years.”

The back rower, who made his debut in November 2009, is close to joining an elite group who have made 250 appearances for the Men in Black.

He epitomises everything that it takes to be a Saracen and insists his love for his teammates and the club’s culture makes it a pleasure to come into work every day.

“I love this club and I’m really pleased to have re-signed for the next three years,” Wray said.

“I love being around the boys, around the club; it’s a proper family and a special place to be. I enjoy coming into the environment every day and couldn’t imagine myself anywhere else.”

Director of Rugby Mark McCall said: “The Saracens culture was built by people like Jackson – hard-working, resilient, someone that gives everything when he plays; a player at his best in the club’s biggest moments.

“We are excited that Jackson has committed to the club and will continue to set an example for the next generation, on and off the field, of what it means to be a Saracen.”