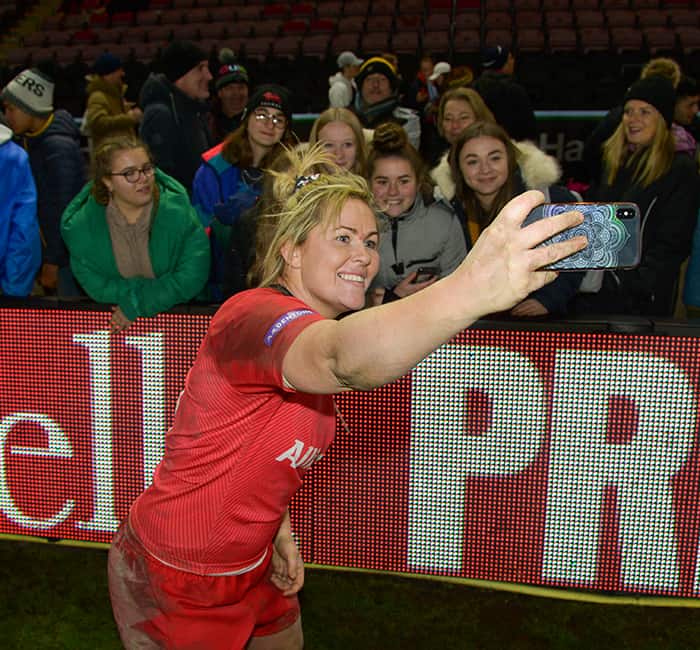 The defending champions came back from 24 – 0 down to win 33 – 27, and in doing so produced the biggest comeback in Tyrrells Premier 15s history.

Packer was awarded Player of the Match after an all-action performance in attack and defence, including bagging a hat-trick of tries.